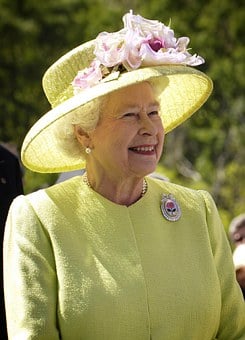 Kenya will observe a day of national mourning beginning today (Friday) and lasting until the end of the day on Monday, September 12 according to President Uhuru Kenyatta.

This comes after Queen Elizabeth II’s passing on Thursday.

In addition to the State House, all Kenyan diplomatic missions, public buildings and grounds, all military bases, posts, and stations, all Kenyan naval vessels, and other locations across the country, according to him, the flag must be flown at half-mast.

Uhuru stated that all High Commissions, Embassies, Consulates, Diplomatic Offices, and other facilities of the Republic of Kenya abroad shall fly the national flag at half-mast for the same period of time.

He claimed that Her Majesty was the heart and soul of the Commonwealth and a close friend to Kenya.
In her seventy years in power, she presided over the pre-independence period, the granting of self-governance, the Cold War, the fall of the Berlin Wall, and all other significant occasions leading up to the present.

Queen Elizabeth II remained our lone constant and an unshakeable rock of dedication to duty, grace, sacrifice, public service, and the commitment to God, Country, and Family throughout all of that, according to Uhuru. “New nations were born. Governments rose and fell.

Buckingham Palace released the following statement: “The Queen passed away peacefully at Balmoral this afternoon.

At 18:00 British Summer Time, King Charles III is anticipated to address the nation for the first time as monarch (BST).