Kenyans must hold our institutions accountable, says the president. 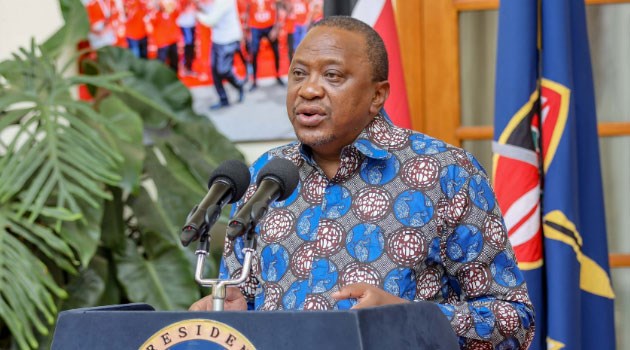 Outgoing President Uhuru Kenyatta has made his first comments on the election results since the vote on August 9, without mentioning or congratulating the President-elect, William Ruto.
He had supported Raila Odinga over his deputy, Mr Ruto. But Mr Ruto narrowly won, a victory confirmed by the Supreme Court, which had previously dismissed Mr Odinga’s complaints.

“In keeping with the pledge I made when I took the oath of office to uphold the rule of law, I commit to carrying out the orders of this court to the letter,” Mr Kenyatta said.

He also assured Kenyans that the transition would be smooth.

“The handover process is underway… it is my intention to oversee a smooth transition to the next administration.”

Despite the fact that the speech was delivered calmly, there was some apparent criticism of today’s judicial ruling.

“Because democracy is still in its early stages, I urge the country to respect the institutions that nurture our new leaders… I also encourage citizens to constantly scrutinise them because this is every Kenyan’s civic duty “Kenyatta stated.

He then questioned whether the Supreme Court acted consistently. The president’s initial victory was overturned by the same court in 2017.

“People must examine the truth – is there a consistent pattern?” he inquired.

“Is it about the numbers or the process? Which one of these two is correct?

“And, without question, can our institutions rule one way in one election and another way in another?

“I urge Kenyans to remain vigilant and to hold all institutions accountable.”