Kenya’s highest court is at the center of an election dispute. 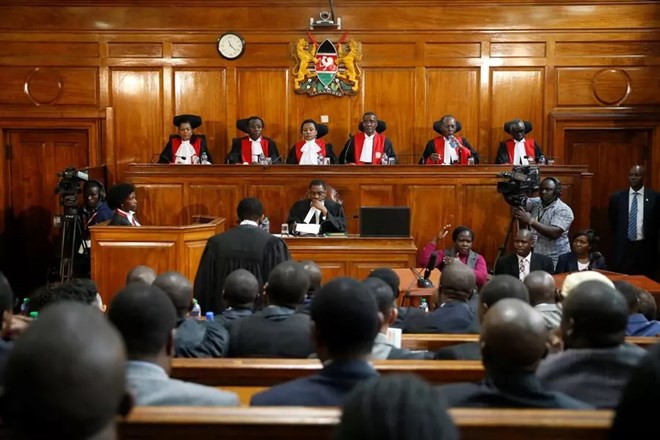 Kenya’s Supreme Court is set to rule on the outcome of the country’s presidential election on August 9 after defeated candidate Raila Odinga filed a legal challenge.

The court has been called upon to adjudicate on election disputes for the third time since its establishment under Kenya’s 2010 constitution.

Last week, the seven-member panel held several days of hearings to consider seven petitions filed by Odinga and other organisations and individuals.

Odinga has called the election results, which showed him losing by less than two percentage points, and the way the Independent Electoral and Boundaries Commission (IEBC) handled them a “travesty.”

The Supreme Court is the highest court in the land, with the authority to act “as the final arbiter and interpreter of the constitution.”

Its decisions are final and legally binding.

There is a president, a vice president, and five other judges on the court. They are appointed by the head of state, though he does not have the authority to choose them.

Instead, after an open nomination process and public hearings, some of which are televised, the names of candidates are submitted to the presidency for approval.

The Supreme Court was established to rule on appeal court decisions concerning the law or interpretation of the constitution, and it is the only court authorised to hear election disputes.

Ahead of Monday’s ruling, constitutional lawyer Demas Kiprono said Kenyans “must appreciate that the country has had a paradigm shift in terms of election dispute resolution”.

“The level of trust we see in the court is a result of the constitutional transformation that created an independent judiciary that is also financially and functionally independent,” he wrote in an opinion piece published on Friday in The Standard newspaper.

In the August 2017 election, incumbent Uhuru Kenyatta was declared the winner with 54 percent of the vote to Odinga’s 45 percent.

Odinga filed a petition with the Supreme Court, alleging that hackers hacked into the IEBC database and manipulated the results.