K’naan experienced this twelve years after the release of his well-known World Cup song. 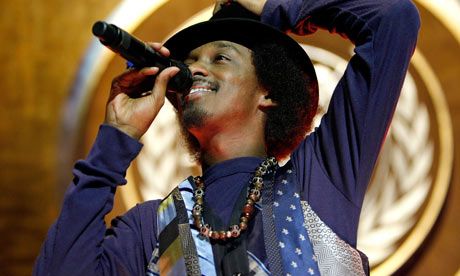 We are at a fever pitch as the action is so close to starting because the World Cup in Qatar was just a few weeks ago.

Although football is undoubtedly the main draw, each World Cup’s anthem plays a significant role.

The song “Hayya Hayya (Better Together)” by AISHA, Davido, and Trinidad Cardona is the Qatar 2022 official anthem.

In 2010, K’naan’s song “Wavin’ Flag” was the one that every football fan was singing along to.

Wavin’ Flag is not the official song for the 2010 South Africa World Cup, despite the fact that it is undoubtedly one of the most recognisable World Cup songs of all time.

That song, “Waka Waka (This Time for Africa)” by Shakira, is also highly infectious.

The song “Wavin’ Flag” wasn’t originally composed with football in mind, but it was picked as Coca-commercial Cola’s anthem for the 2010 World Cup.

It was supposed to be about the struggle for freedom in K’naan’s native Somalia amid a civil war.

Because of how popular the song was, K’naan wrote a children’s book in 2012 titled When I Get Older: The Story Behind Wavin’ Flag that covered the song’s origin and composition.

But after stealing his famous World Cup song 12 years ago, what happened to K’naan?

K’naan has, in fact, maintained a rather quiet profile ever since the recognition he got as a result of the incredibly catchy song.

The Somali launched a brand-new album the same year as the publication of his book, but it did not receive the same enthusiastic reviews as his previous album Troubadour.

K’naan apologised for the album’s change in sound after Country, God or the Girl was released in a New York Times story.

K’naan is said to have lived in Nairobi, Kenya, more recently, where he purportedly wrote and recorded songs as well as visited the city’s attractions.

K’naan, the singer of “Wavin’ Flag,” has been photographed there with the rapper Kaa La Moto, sparking rumours of his current address for months.

When Karun of the hip hop group Camp Mulla uploaded a photo of K’naan in the Kenyan capital, it seemed as though the secret was out.

The city and K’naan have a long history together because the music video for his first hit, “Soobax,” was filmed there.