Kyrgyzstan and Tajikistan have signed a protocol to put an end to border clashes. 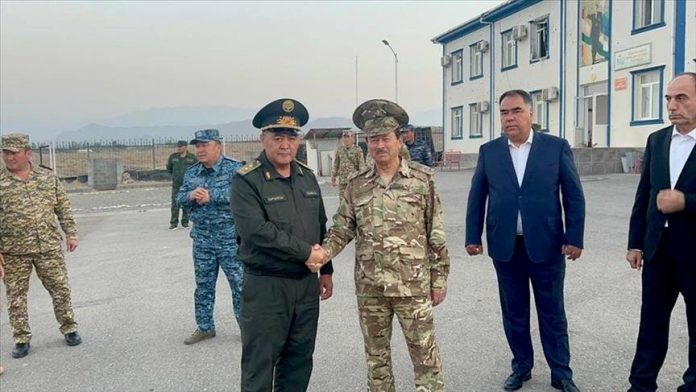 Kyrgyzstan and Tajikistan have signed a protocol to end border clashes that have claimed scores of lives, according to Kyrgyz media.

According to the AKIpress news agency, the deal signed late Monday envisions total cessation of hostilities, withdrawal of troops and military equipment to their permanent duty stations, joint inspection of border outposts and command posts, and a thorough investigation of the armed clashes.

The protocol was signed by the chairman of the Kyrgyzstan National Security Committee, Kamchibek Tashiev, and his Tajik counterpart, Saimumin Yatimov.

On September 14, clashes erupted at a disputed section of the border in Kyrgyzstan’s Batken region, with the two sides later agreeing to a cease-fire.

However, both sides accused each other of violating the truce, and the region was declared in state of emergency.

As the country observed a national day of mourning on Monday, Kyrgyzstan’s President Sadyr Japarov said in a televised address that efforts to resolve border issues peacefully continued.