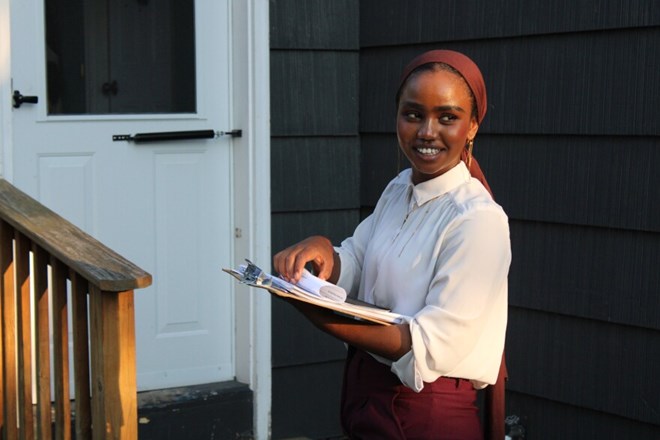 On a humid July evening in Lewiston, Mana Abdi was knocking on doors and handing out campaign flyers.

“I’m out here just introducing myself to voters, saying hello, and possibly giving some literature,” she said to one of the residents on her list, who came out to chat in the driveway.

Abdi is running for State House District 95, a racially and economically diverse district. It encompasses parts of downtown Lewiston, suburban neighborhoods sprawling out toward the Turnpike, and a commercial stretch along Lisbon Street.

Abdi was born in a refugee camp, after her family fled war in Somalia. She came to the US as a child. She attended middle school and high school in Lewiston, and graduated from the University of Maine at Farmington. She now works at the Office of Intercultural Education at Bates College.

As a candidate, Abdi said one of her top priorities is increasing funding for public education.

“And the best way to ensure that we take care of our schools is ensuring that our teachers get proper pay, but also proper resources in terms of the school itself, the infrastructure itself,” Abdi said.

Abdi said she also wants to improve housing quality and affordability, and was particularly concerned about rickety staircases and the general state of disrepair she’s seen while out canvassing.

“It’s terrifying,” she said, describing the condition of some of the houses and apartment buildings around town. “But folks have literally no other option but to live in these conditions.”

If elected, she said she would also focus on lead paint remediation efforts. 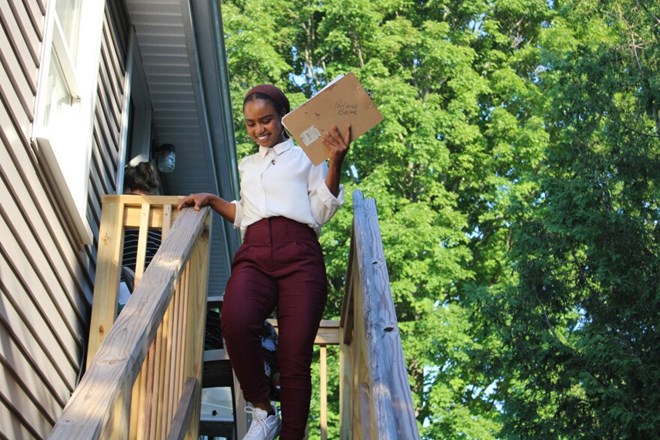 Abdi’s campaign has generated excitement among some community leaders and local elected officials in Lewiston, including the mayor, who has endorsed her candidacy.

Musse, whose organization focuses on empowering immigrant girls, said Abdi is an example of how someone can overcome their own personal barriers and then advocate for others.

“So she is symbolic for that,” Musse said. “When people healthily integrate, they try to fight for everyone else.”

Musse, who is from Somalia, said she’s been urging Abdi to run for office since Abdi was in high school. As a mother and a member of the Somali community, Musse said Abdi’s statehouse bid has personal significance to her.

“I almost feel like her second mother,” Musse said. “Like seeing your child. And they reach where you – the destination you want them to be.”

Abdi is one of two Somali-American statehouse candidates this year, along with South Portland mayor Deqa Dhalac.

Abdi said she’s more focused on the issues than on her own cultural identity. But questions about identify have been unavoidable in this race, in part due to a comment posted two years ago by Abdi’s Republican opponent, Fred Sanborn-Silvers. On his personal Facebook page, Sanborn-Silvers stated “Muslims should not be allowed to hold public office.”

In an interview with Maine Public, Sanborn-Silvers tried to walk back that comment. 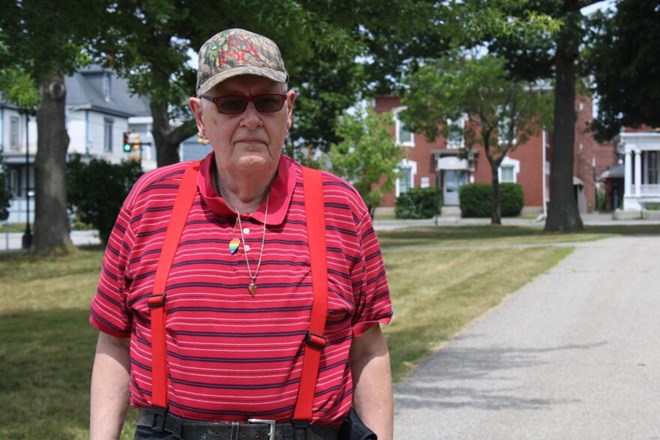 Fred Sanborn-Silvers, Republican candidate for House District 95, poses for a photo in Lewiston’s Kennedy Park. Sanborn-Silvers says his top priorities are addressing mental health, substance abuse, and homelessness. He has also drawn attention for a Facebook post he made in 2020 in which he wrote, “Muslims should not be allowed to hold public office.” He now calls that post a “misstatement”. Ari Snider/ Maine Public

Sanborn-Silvers said he can see how Muslim voters could view that post as a problem, but said he doesn’t think he needs to address it any further, beyond calling it a misstatement.

Sanborn-Silvers was one of the founding members of New Beginnings, a Lewiston-based shelter and outreach organization for homeless youth. He now works for a local Meals on Wheels program.

If elected, Sanborn-Silvers said his top priority would be addressing homelessness, substance abuse, and mental health, in part through education.

“And that’s the bottom line right there is to try and make sure that students stay in school,” he said.

One way of doing that, he said, would be to fund greater access to vocational training.

“So that we can teach people trades and so that they can go out and work,” he said.

Sanborn-Silvers said he plans to begin knocking on doors soon, to get his message out to the voters of House District 95.

Meanwhile, Mana Abdi was moving steadily down her list of registered Democrats in a suburban neighborhood off Lisbon Street.

At one point, she encountered a resident who was not on the list, who became angry when he learned that Abdi was a Democratic candidate. Standing in his yard, he shouted expletives, calling her a witch, a socialist, and other names.

Abdi shrugged it off and continued to the next house. She said she’d chalk it up to the guy just having a bad day.

Maine Public’s Susan Sharon contributed to this report from Lewiston.