Macron has pledged the support of France’s political heavyweights. 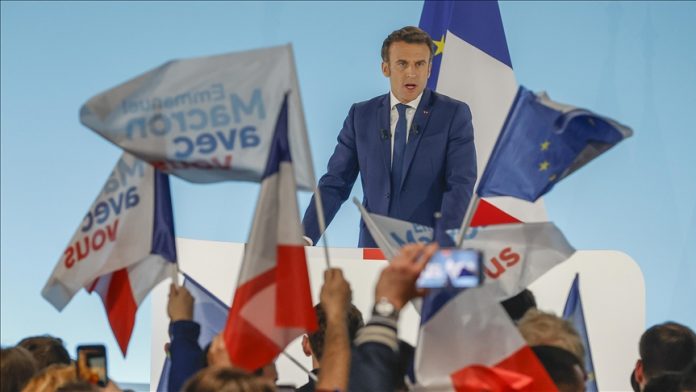 In the face of a serious crisis over right-wing challenger Marine Le Pen’s qualifying for the presidential election runoff, French mainstream political heavyweights pledged to vote for President Emmanuel Macron on Tuesday.

Former President Nicolas Sarkozy, who led the country from 2007 to 2012, declared on April 24 that he will vote for Macron, claiming that he is the only one who can act in France’s best interests in the face of fundamental changes.

Sarkozy remarked on Twitter that “I believe he has the requisite expertise in the face of a major and complicated international crisis,” and that his “European commitment is obvious and unequivocal,” pointing to Russia’s threat to Europe over the Ukraine war.

After the war broke out, Macron summoned Sarkozy and his predecessor, Francois Hollande, to the Elysee Palace for advice on how to resolve the geopolitical crisis.

Former Prime Minister Lionel Jospin (1997-2002) and former Paris Mayor Bertrand Delanoe, both from the socialist parties, announced their support for Macron over Le Pen in the second round.

Delanoe told FranceInter news that the election results are unpredictable, and that despite his disputes with Macron, he would want him to be president. Le Pen’s projected economic agenda, he added, “would be a disaster,” causing pain for the working class.

“Because the vital – France’s unity and the Republic’s principles – are on the line,” he said in a video shared on Facebook and Twitter on Monday, urging people to vote for Macron.

Hours after the first round of election results were published on Sunday, both Macron and Le Pen relaunched their campaigns. The two finalists have the next two weeks to appeal to their existing supporters and recruit new ones.

Macron is courting supporters on the left, the environment, retirees, and young anti-vaxxers who are dissatisfied with his policies.

On Monday, in response to a young woman’s question concerning his contentious words about wanting to annoy the unvaccinated French, Macron expressed remorse that many misinterpreted them.
Le Pen on Tuesday unveiled a new campaign slogan “for all French people” to attract all of Macron’s opponents. The new poster with her image has no references to her name or political party and differs from the one unveiled for the first round, which said Madam President and Stateswoman.