Mo Farah is not my real name and my life story was fake, says Olympic champion 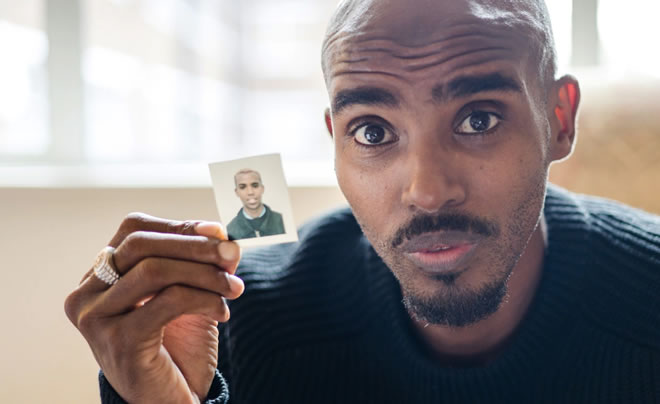 Sir Mo Farah has told his life story countless times: how he arrived in the UK as a boy with his mother and brothers, to live with a father who was already here.

Yet that account was false. The truth, according to the Olympic champion, is that he was born in Somaliland and trafficked to this country as a nine-year-old by a stranger who, he claims, forced him into domestic servitude.

His real name is Hussein Abdi Kahin – the name Mohamed Farah was stolen from another child and used to create a fake passport.

He was rescued after confiding in a PE teacher who had spotted his talent, and who also helped him to apply for British citizenship using his assumed name.

The extraordinary story is the subject of a BBC One documentary, The Real Mo Farah, to be broadcast on Wednesday.

“I’m taking a big risk telling the world my story,” he said. “It’s a secret that I’ve been hiding since I was a child. The truth is, I’m not who you think I am.
“Despite what I’ve said in the past, my parents never lived in the UK. When I was four, my dad was killed in the civil war. I was separated from my mother and I was brought into the UK illegally under the name of another child called Mo Farah.”

Sir Mo said he had decided to tell his story because he could no longer “block out” the reality of what happened to him.

Following his father’s death in 1987, Sir Mo and his twin, Hassan, were sent by their mother to live with an uncle in neighbouring Djibouti for their own safety.

Sir Mo said he recalled a woman visiting the house several times to observe him. He was told that she would be taking him to Europe to live with relatives.

He was also informed that he would be renamed Mohamed. “As a kid, you never think beyond what you’ve been told,” he says in the documentary.

On arrival in the UK, they were met at the airport by the woman’s husband, Sir Mo said, and went to a house in Hounslow, west London.

He had contact details for his relatives written on a piece of paper but “the lady took it off me and right in front of me ripped it up and put it in the bin, and at that moment I knew I was in trouble.”
Recalling his time in the house, Sir Mo said: “When the man was around, I was treated very differently, but often we wouldn’t see him for weeks. From day one, what the lady did wasn’t right. I wasn’t treated as part of the family.

“If I wanted food in my mouth, my job was to look after those kids, shower them, cook for them, clean for them, and she said, ‘If you ever want to see your family again, don’t say anything or they will take you away.’

“Often I would just lock myself in the bathroom and cry.”

He attended secondary school at Feltham Community College where he told his PE teacher, Alan Watkinson, of his situation and his true identity.

The school informed social services and Sir Mo was placed with Kinsi Farah, the mother of a school friend. He remained with her for seven years, and said he was happy there.

When Sir Mo was 14-years-old and a promising athlete, he was selected to represent English schools in Europe and needed documentation to travel abroad.

Watkinson approached the Home Office to secure citizenship for him in the name of “Mohamed Farah”. The teacher, who was best man at Sir Mo’s wedding, told the programme: “It’s only recently that I’ve thought about it and questioned whether actually I did anything wrong in this scenario. But I don’t think either I or the school did anything wrong.”

In the documentary, Sir Mo and his wife, Tania, consult lawyers who tell them that he could be stripped of his nationality because the citizenship was obtained by fraud. However, they add that the risk is lessened because he was trafficked to the UK.

In 2000, Sir Mo was reunited with his real family after he began appearing on television and was recognised by members of the Somali community, who contacted his mother, Aisha.

Sir Mo named his son Hussein, he said, in acknowledgment of his roots.

The BBC said that the woman who brought Sir Mo to the UK was approached to give her account but did not respond.

Home Office guidance assumes that a child is not complicit in gaining citizenship by deception. A spokesman said: “No action whatsoever will be taken against Sir Mo.”