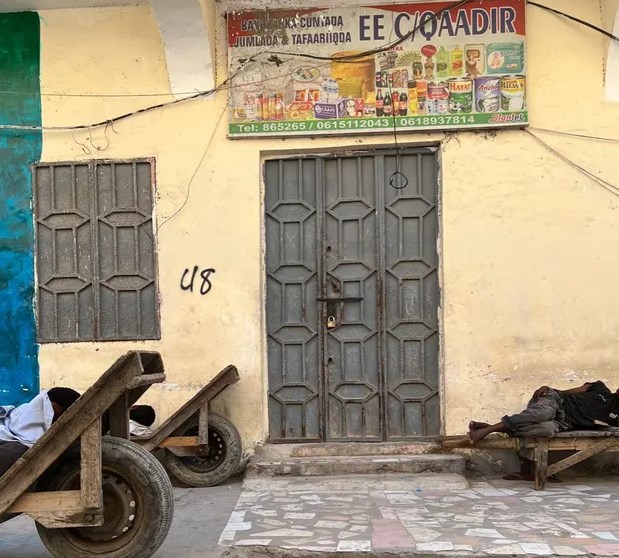 Fardowsa Nur Arab, a widow with four children, has no idea how to keep her family going. Skyrocketing prices are forcing her to shut the small restaurant she has been running in Mogadishu’s bustling Zoobe Junction for the past five years.

“I am losing my only source of income,” she says. “People can no longer afford to pay for the meals I cook so they have stopped coming to my restaurant.”

The worst drought in 40 years, coupled with war in Ukraine, have led to dramatic price increases for food. The price of a kilo of rice has shot up from US$0.75 (60p) to $2. Cooking oil has also more than doubled, with three litres rising from $4.50 to $9.50.

More than 90% of Somalia’s wheat comes from Russia and Ukraine. With supply routes choked off, and local harvests wiped out by successive droughts, affordable food and other essentials are running out.

Even those with a good income are struggling. Mohamed Hussein Ali, a university lecturer, used to be able to provide a comfortable lifestyle for his family of seven. Now his monthly salary of $800 barely covers his basic costs.

Ali is no longer able to put any of his pay aside for savings. “Things are going to get worse unless our salaries are increased in line with inflation.”

The situation is especially desperate for the hundreds of thousands of displaced people living in makeshift camps in and around the capital. Every day, more families arrive from drought-stricken areas, putting further pressure on resource-starved Mogadishu, which is one of the world’s fastest-growing cities.

Drought forced Rukiyo Sheikh Nur to flee to Mogadishu two weeks ago from her home in the Kuntuwarey district in southern Somalia’s Lower Shabelle region. She is divorced and pregnant with her sixth child. “There is no food or water in my home area,” she says. “Our farms are not producing anything because the rains have failed for three seasons in a row.”

Nur goes out every day in search of work, cleaning homes and washing clothes. “Sometimes I earn around $4 a day but my family cannot survive on that. Other days, I come back with nothing.”

The United Nations says more than seven million people in Somalia are affected by the drought, with about 800,000 forced from their homes as a result. They have joined the three million people already internally displaced by conflict, drought and floods, most of whom end up in camps in towns and cities.

The UN says some areas are close to famine. Humanitarian appeals have fallen on largely deaf ears, with only 4.4% of requested funds raised by April.

Somali aid groups are doing what they can. Duniyo Mohamed Ali, programme manager with the IIDA Women’s Development Organisation, says a major problem is lack of foresight. “Two months after the rains failed, the previous government still had not made plans to help people,” she says.

“We are planning to engage with the new administration, especially the Ministry of Commerce and Industry and the Ministry of Humanitarian Affairs and Disaster Management, and encourage them to establish a national emergency plan.”

One of the first acts of the new president, Hassan Sheikh Mohamud, was to appoint a special drought envoy, Abdirahman Abdishakur Warsame, who ran against him in last month’s presidential race.

“The country has been busy with elections,” says Warsame. “Now the president’s No 1 priority is the drought. My job is to coordinate assistance across the country, including urban areas. I don’t know whether a plan has been put in place to try to control the high food and fuel prices. I expect one will be implemented once the new government is in place.”

For Baarliin Mahmud, a shopkeeper, the help will be too late. She has decided to close her shop because she cannot afford to pay for stock. “My customers are abandoning me. I am the sole provider for my family, including my grandsons who live with me. I don’t know how I am going to support them.”