Mohammed El-Amine has been appointed as the new African Union Special Representative to Somalia. 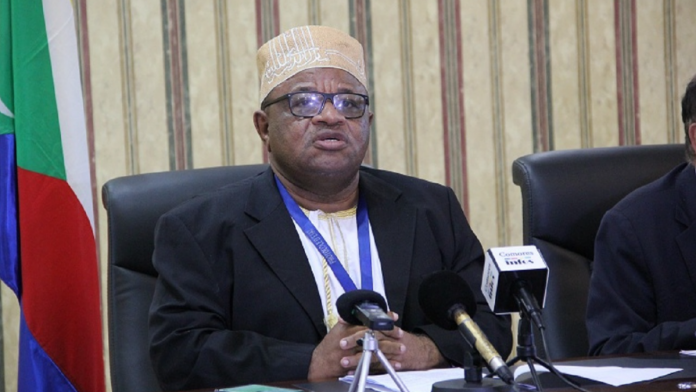 The African Union Commission (AUC) Chairperson has appointed Union of the Comoros Ambassador Mohammed El-Amine Souef as his Special Representative to Somalia and Head of the AU Transition Mission in Somalia (ATMIS).

This new appointment will take effect on September 1, 2022.

Prior to his appointment as Special Representative of the Chairperson of the Commission (SRCC), Ambassador Souef was the Head of the United Nations Multidimensional Integrated Stabilization Mission in Mali’s Regional Office in Gao (MINUSMA).

Ambassador Souef, a former Minister of Foreign Affairs and International Cooperation for the Union of Comoros, also served as the Head of Regional Office for the African Union-United Nations Hybrid Operation in Darfur (UNAMID).

As SRCC to Somalia and Head of ATMIS, Ambassador Souef will maintain close and constant interaction with the Federal Government of Somalia (FGS) and other Somali stakeholders to support the implementation of the Somali Transition Plan and broader state-building processes in Somalia.

He will also collaborate closely with the Intergovernmental Authority on Development (IGAD) and its Member States, as well as relevant bilateral and multilateral partners such as the United Nations (UN) and the UN Assistance Mission in Somalia (UNSOM), and the European Union (EU).

Similarly, the Chairperson expressed his heartfelt gratitude to Ambassador Francisco Caetano Jose Madeira of Mozambique, the immediate past SRCC to Somalia and Head of AMISOM/ATMIS, for his distinguished service to the AU over a 6-year period.

While wishing the new SRCC and Head of ATMIS a fruitful tenure, the Chairperson encourages all relevant national, continental, and international actors to work closely with Ambassador Souef to promote peace and stability in Somalia.