More Americans believe that the US should urge Ukraine to reach a settlement: 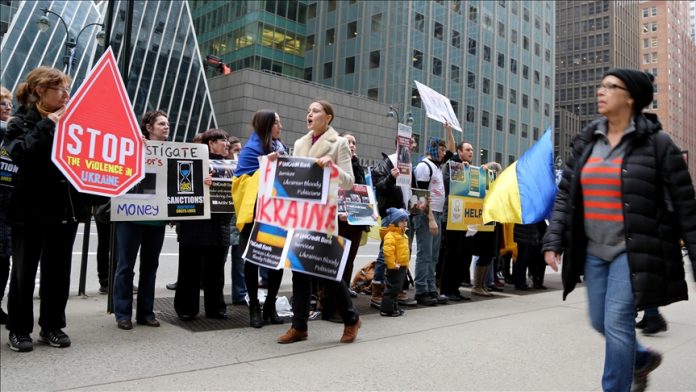 According to a new poll released on Monday, more Americans feel that Washington should compel Ukraine to reach a peace agreement as quickly as feasible.

According to a survey by the Chicago Council on Global Affairs, the American public is divided on whether Washington should continue to back Kyiv through the winter or should instead encourage Ukraine to seek a cease-fire.

The percentage of those who believe the US should support peace in Ukraine increased to 47% from 38% in July, the results showed.

Comparatively, the percentage of people who think Washington should back Kiev “as long as it takes” has decreased from 58% in July to 48% now.

A similar amount of respondents (26%) chose Russia as holding the war’s advantage over Ukraine, while 46% said they were evenly split.

According to the findings, “almost three in ten feel that the US should act militarily” to give Ukraine the upper hand and put an end to the conflict as quickly as possible (27%) or that it should “gradually withdraw support for Ukraine” (29%)

The US should continue providing Ukraine with economic aid (66%), armaments (65%), and sanctions (75%), according to the majority of respondents.