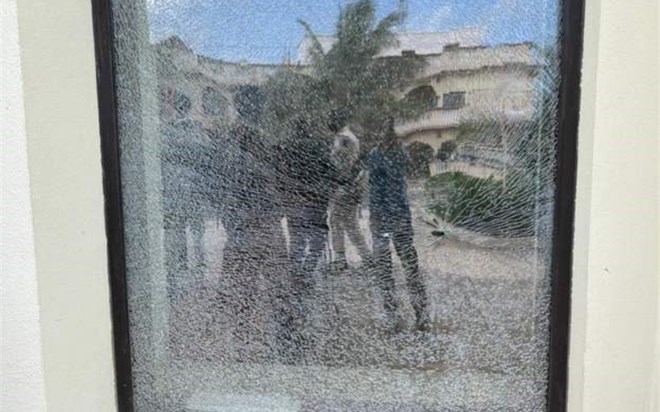 Several rounds of mortar bombs hit the parliament building where the newly elected legislators were having a joint session on Monday, injuring at least nine persons, according to police and witnesses.

Two guards attached to an opposition leader were among those injured at Villa Hargeisa, which is located within the presidential palace in Mogadishu, Somalia’s capital, according to a police official on the scene.
“Several mortar shells landed near the parliamentary building, or Villa Hargeisa, which is located within Villa Somalia, where newly elected members of parliament were holding a joint session on the upcoming election of speakers and their deputies of the two houses,” a police officer who requested anonymity said over the phone.

He said the shelling happened a few minutes after the lawmakers approved measures to hold elections for the speakers of the House of the People and the Senate on April 26 and 27.

Al-Shabab militant group, which has intensified attacks to disrupt the elections, claimed responsibility for the latest attack, saying it was targeting the lawmakers.

Witnesses stated the rounds hit immediately as the politicians were leaving the building after finishing their joint session.

Witness Hussein Abdi said, “It appears the assailants were targeting members of parliament who were leaving Parliament since the mortar bombs struck at the door of parliament.”

The incident was described by Prime Minister Mohamed Roble as a “cowardly act.”

“Today’s effort was a cowardly move designed to intimidate the Parliament, which has a constitutional commitment to guarantee that the elections are completed as soon as possible,” Roble said in a statement.

The prime minister applauded parliamentarians’ efforts to complete the electoral process, which would soon conclude in the election of the president, in a race against time.

Shabab militants have recently staged a series of attacks against delegates to disrupt the electoral process.