Muhidin Abubakar, an MMA fighter, is altering perceptions of Somalia. 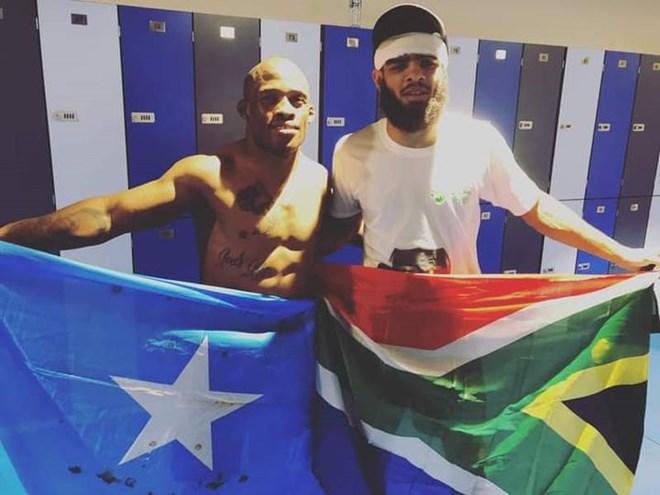 British-Somali professional fighter Muhidin Abubakar cherishes each second spent in the ring. He is one of the few rising stars representing Somalia in mixed martial arts.

The 23-year-old Abubakar, who was born and raised in London, recently made his professional debut for UAE Warriors. The National quotes him as saying, “It was a very big platform so it was good for me to feel such a stage early on in my career to prepare me for the future.”

The rising star claims that his love for the game developed quickly. “A friend of mine introduced me to MMA. He once invited me to visit his MMA training facility and give it a shot. I had done some karate training up until this point, but the moment I went, I was hooked,” he said.

Junior Dos Santos was the first fighter I started paying attention to.

He is now motivated by former MMA legend Khabib Nurmagomedov, who will soon inaugurate his new gym in Abu Dhabi and is a frequent visitor to the UAE.

Because of his manners and values, I believe Khabib is the best role model, said Abubakar.

Abubakar is determined to move forward and improve after losing to South Africa’s Luthando Biko in a unanimous decision at UAE Warriors 32: Africa 3.

“The goal is to improve every day so that when you lose, your shortcomings become more obvious. I need to return to the gym, correct my errors, and make sure I’m a better, more improved version of myself when I do.

Judging by the attendance at his UAE debut, it is obvious that young Somalis support him. The Somali Professional Network, or SPN, a group of Somali professionals, organised for young UAE citizens to attend Eithad Arena on Yas Island and support Abubakar.

It was nice to see so many people show their support because he says, “I didn’t expect that many people to come.” It is very important to me.

A day after the fight, Abubakar spoke at another SPN event in Dubai about his life lessons and what it means to represent Somalia.

The advice he gives to young people is the same advice he would give to anyone pursuing a dream: “Always believe in yourself and your ability to do anything. Nobody is unique from anyone else, and we are all capable of achieving our goals in the same manner as everyone else.

“Because so much negativity is associated with my people, I always try to spread some positivity among them.