Mukhtar Robow urges the populace to band together in the fight against Al-Shabaab. 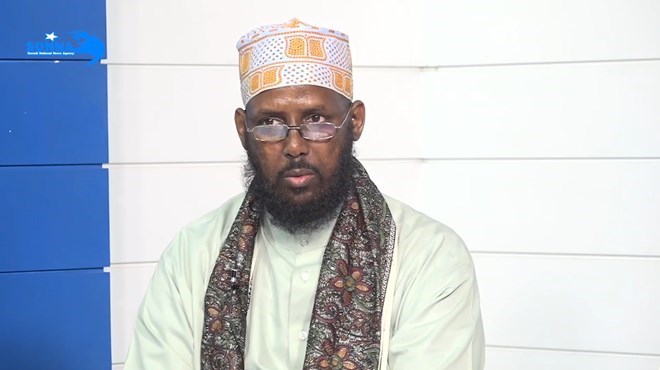 Somali Magazine -Mukhtar Robow Ali Abu Mansoor, former Al Shabaab leader and current federal Minister of Religion Affairs, asked the Somali people to help their government and army battle Al-Shabaab, which he said would prevent the group from carrying out attacks inside the country.

He commended inhabitants of the Hiiraan and Galmudug regions for their recent victories over insurgents.

On a Somali National TV broadcast with other religious leaders on Sunday night, the Minister condemned the attack on Hayat, which killed at least 21 people and injured 117 more.

As Al Shabaab gunmen took up positions on the hotel’s top level, it took Somali special forces more than 30 hours to lift the siege.

Robow, a founder member of the Al Qaeda-linked militant rebel group, claims that its commanders take advantage of vulnerable and gullible youth while providing a decent living for their families.

“Your commanders are duping you, Al-Shabaab kids. Their children attend schools and universities in Hamar (Mogadishu), or they live comfortably abroad. Don’t let them fool you, “According to Muqtar Robow.