Museveni apologizes to Kenya for his son’s tweets 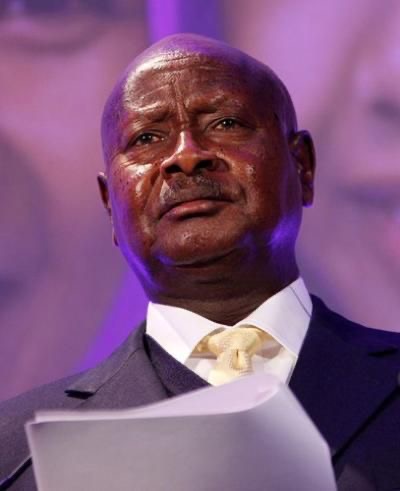 Somali Magazine — Kenya has received a formal apology from Ugandan President Yoweri Museveni for tweets made by his son Muhoozi Kainerugaba. On Monday, there were tweets making fun of Uganda invading Kenya. However, Museveni removed his son from his position as commander of the army’s land forces and promoted him from lieutenant to general, citing the many valuable achievements he had made.

Yoweri Museveni, the president of Uganda, issued an apology for what he called meddling in brother Kenya’s affairs on Wednesday.

“I urge our Kenyan brothers and sisters to pardon us for tweets issued by General Muhoozi, previous commander of ground troops here, regarding the election matters in that magnificent country,” the statement’s opening line reads.

According to Museveni, it is improper for public officials, whether civilian or military, to voice opinions about or meddle in the domestic affairs of other nations. According to him, such disputes ought to be handled within the African Union’s peer-review system rather than in open forums.

Kainerugaba made light of the invasion of Kenya by Uganda on Twitter on Monday. It wouldn’t take my army and me two weeks to take over Nairobi, according to one tweet. “Haha, I adore my Kenyan family, Constitution? ” came fast after that. Law as a rule? You have to be kidding! There is just the revolution for us, which you will hear about soon.

In response, the Ministry of Foreign Affairs released a statement on Tuesday reiterating its dedication to friendly relations, peaceful cohabitation, and collaboration with Kenya.

In May, a lawyer named Gawaya Tegule petitioned the constitutional court to dismiss Kainerugaba’s case due to the latter’s partisan statements on social media. Tegule argued that it is difficult to understand why the first son would tweet about regional issues and asked the court to indict Kainerugaba for treason.

Tegule remarked, “We are seeing him act like a tiny goat that has cut its tether. “And just basically ran around devouring all the crops of the neighbors, trampled on their shoes, and upset their saucepans. He then anticipates receiving praise for that. So, with all due respect, this boy needs mentoring. He must be cautioned.He needs to be reined in.”

While Kainerugaba’s error is one instance in which his son has behaved adversely as a public figure, Museveni stated that he has made many other valuable contributions.

The promotion of Kainerugaba to the rank of general, according to Kristof Titeca, a professor at the University of Antwerp who studies violence and governance in Central Africa, could have been anticipated.

He gave examples of early this year when Museveni called a meeting of the top army commanders and put the troops on high alert.

Later in July, the army declared that Kainerugaba’s tweets supporting the Tigray People’s Liberation Front in Ethiopia were not representative of the Uganda People’s Defense Forces.

Kainerugaba’s elevation to general, according to Titeca, raises concerns about what his father Museveni might be preparing him for outside of the military.

Does that suggest the first son will have more or less power? He actually had a great deal of military authority as the commander of the land forces, according to Titeca. Is his father, the president, trying to deprive him of that military power? Or is it a means of easing him into more civil duties in order to have him ready for a run for president?

At 48 years old, Kainerugaba is currently the youngest general in Uganda. The majority of the people who hold the rank of general took part in the bush war in 1986 that put Museveni into power.

Kainerugaba and his personal assistant did not return calls. However, Kainerugaba mentioned in one of his tweets that he had spoken with his father and that certain adjustments will be made as a result of his Twitter scare tactics against Kenyans.

In response to Museveni’s apology, Robert Kyagulanyi, the leader of the National Unity Platform, demanded that he also apologize to the countless Ugandans he claimed had been kidnapped and tortured carelessly. He also questioned whether they would ever receive justice.