Nairobi hosts a meeting between the presidents of Somalia and Kenya. 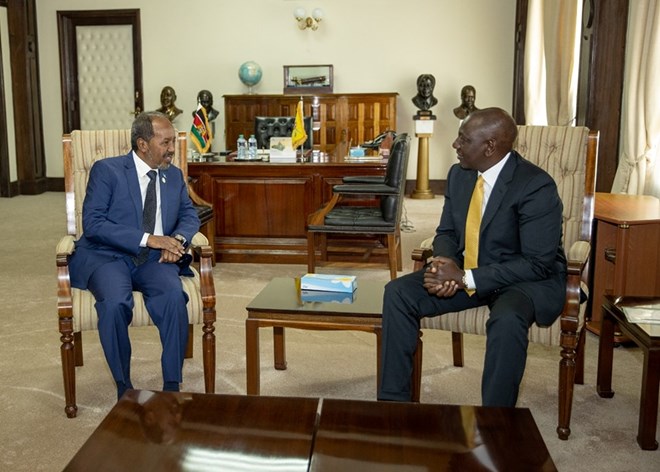 The two Presidents spoke on the two nations’ advancing relations, Somalia’s security situation, and cooperation between the two neighboring peoples.

William Ruto, the newly elected president of Kenya, was congratulated by President Mohamud on his inauguration and assumption of office, stressing that the Federal Government of Somalia was devoted to complete collaboration with all neighboring nations.

William Ruto stated that they would expedite the Joint Commission for Cooperation between Kenya and Somalia’s implementation, which will increase commerce in Miraa and fish and facilitate travel between the two countries.