Officials from the United States and Kenya review their military ties. 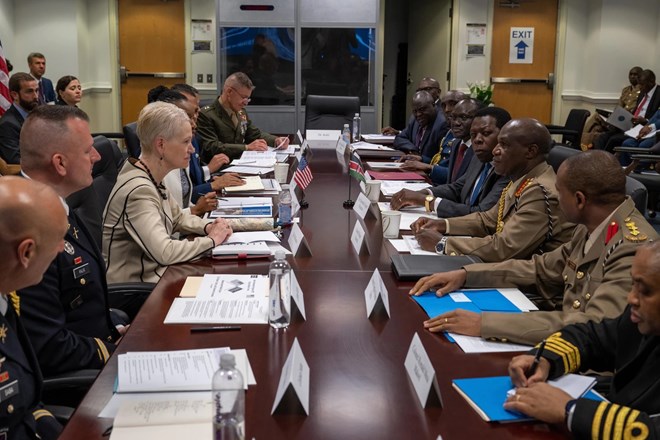 Defense officials from the United States and Kenya met today at the Pentagon to deepen bilateral ties and explore new avenues for defense collaboration.

Officials indicated at the end of the meeting that the talks reiterated the two countries’ commitment to strengthening bilateral defense cooperation between the Defense Department and the Kenya Ministry of Defense and Kenya Defense Forces.

Regional security, cybersecurity, and security cooperation, as well as the purpose of the United Nations, were among the themes covered by the two sides.

Kenyan service members have participated in many U.S. Africa Command exercises and served alongside American troops in U.N. operations.

Kenyan officials were among those in attendance at the Ukraine Security Consultative Group meeting at Ramstein Air Base in Germany — one of four African nations to attend the meeting of more than 40 nations.

U.S. and Kenya defense officials intend to continue a strong partnership going forward, including the next iteration of the U.S.-Kenya Bilateral Defense Forum, officials said in a written release.