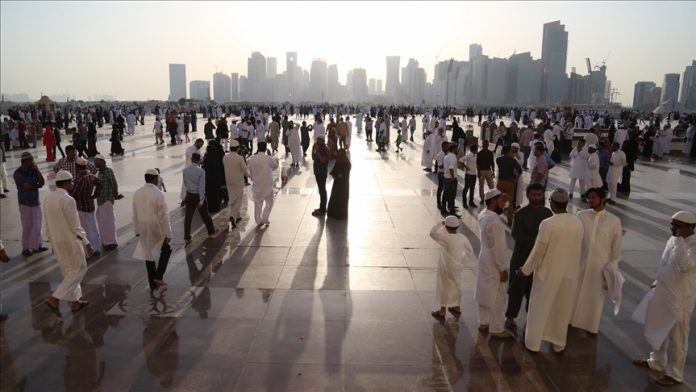 Qatar has announced that it will celebrate Eid al-Fitr on Monday, which marks the conclusion of Ramadan, the Muslim fasting month.

The Moon Sighting Committee of the Ministry of Awqaf and Islamic Affairs declared in a statement that the new moon of Shawwal, the 10th month in the Islamic lunar calendar, did not appear on April 30.

“As a result, Ramadan will end on Sunday, May 1, and Eid al-Fitr will begin on Monday, May 2,” it added.

Libya had already announced that Eid al-Fitr will be celebrated on Monday, based on astronomical calculations.

The new moon of Shawwal will be visible later Saturday in most Arab and Islamic countries, signaling the start of the Eid al-Fitr festival.