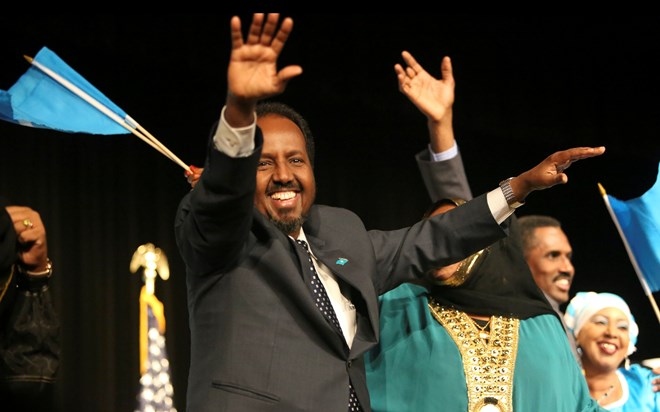 For the first time since 2014, Somali President Hassan Sheikh Mohamud will deliver a speech at the Minneapolis Convention Center on Thursday night.

Mohamud is one of 50 African leaders who are in the country for a meeting that President Biden is hosting to strengthen ties between the two continents.

The president is anticipated to speak about the ongoing conflict between the Somali government and the al-Qaida-affiliated islamist terrorist group al-Shabab.

Hashi Shafi, executive director of Civic Ark and one of the visit’s organizers, claimed that “he is more well-liked now because he waged the fight against the terrorist group al-Shabab.” “Al-Shabab has been holding Somalia prisoner for the past 15 years, and I believe that this marks the beginning of the end for al-presence Shabab’s in Somalia. He is fully determined to winning this fight.”

The United Nations reported in September that more than 500,000 children needed treatment for severe acute malnutrition, and it is now warning of an impending famine. The president will also talk about how Somalis are suffering from hunger and starvation in the midst of a devastating drought. Al-Shabab is also obstructing efforts by the international community to end the food crisis.

According to Shafi, the president wants to discuss with Somali Americans how they might invest in Somalia. He pointed out that the city of Mogadishu’s capital is rapidly expanding.

Mohamud last paid a visit to Minneapolis in 2014, when he spoke to an audience at the University of Minnesota’s Northrop Auditorium. Outside, more than 100 people participated in a protest against Mohamud’s policy in Somalia. In May 2022, he started a new term after having served as president from 2012 to 2017.

The largest Somali diaspora outside of Africa is located in Minnesota, and organizers anticipate 2,500 attendees, though they are concerned that some may be put off by the weather.

Ifrah Abdullahi, a planner of the event and the social services program manager of Somali Community Resettlement Services in Minneapolis, stated, “I’m very anxious – the last thing we need is a weather warning.”

The public is welcome to attend the free event. The program will begin at 6:30 p.m., according to Abdullahi, and the president is scheduled to speak at around 9:30 p.m.