On Ukraine’s Independence Day, the British Prime Minister pays a visit to Kyiv. 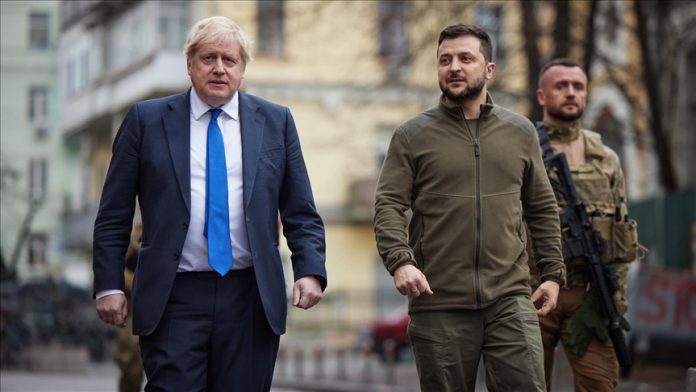 According to his office, Johnson told Zelenskyy that Ukraine “can and will win the war” during his third visit to the country at odds with Russia.

He also urged the international community to “stick with Ukraine as it heroically defends its sovereignty six months after Putin’s barbaric and unlawful invasion.”

“For the past six months, the UK has stood shoulder to shoulder with Ukraine, assisting this sovereign country in defending itself against this savage and illegitimate invader.”

“Today’s delivery of assistance will provide another boost in capabilities to the brave and resilient Ukrainian Armed Forces, helping them to continue to push back Russian forces and fight for their freedom,” he said.

“What happens in Ukraine concerns to us all,” he added, “which is why I am here today to send the message that the United Kingdom is with you and will be with you in the coming days and months, and you can and will win.”

According to the statement, the military aid package will help Ukraine boost its long-range surveillance and defensive targeting capabilities.

It further stated that the UK had committed more than £2.3 billion in military and financial help to Ukraine since the conflict began on February 24.