OPINION – Gas, rubles, and symptoms of geopolitics in flux 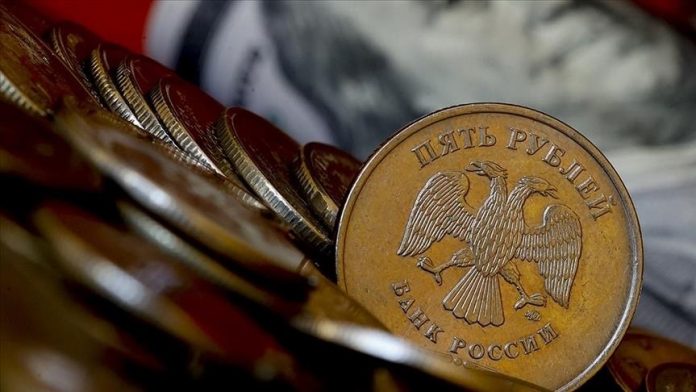 Russian President Vladimir Putin recently stated that Russia will only sell gas to “unfriendly” countries in rubles. It’s yet another sign that the globe is moving away from the dollar and toward a multi-polar world.

What is the significance of the dollar?

Putin’s recent announcement that he would only sell gas to “unfriendly” countries in rubles appeared to be aimed at both the dollar and the euro. Still, in a broader sense, it was primarily a reaction to the dollar’s status as the world’s major reserve currency following World War II. What caused this to happen? One of the main reasons is that the United States is a “rule of law” country, which is inextricably linked to the concept of private property is “sacred” in capitalist society. As a matter of fact, Karl Marx asserted this a long time ago.

The “rule of law” was implicitly connected with property rights. It implies that the law approaches everyone and everything equally. Femida, the goddess of law, wears a blindfold to underscore her impartiality. She is a sacred vestal virgin. Still, recent events in the US have demonstrated that this is hardly the case. The laws and rules became quite selective. In 2008, the “Great Recession” struck. It was the most severe economic downturn since the Great Depression. Everyone was treated in the same fashion, and big bankers could find themselves in the same position as members of the hoi polloi.

In 2008, the story was different. “Deplorables,” if one remembers the expression of Hillary Clinton, those millions of average Americans who lost their jobs, houses, etc., were thrown from their homes onto the street. At the same time, big companies and banks, and their managers, were “too big to fail” and implicitly “too big to be jailed” and prospered. The same “selectiveness” could be seen in politics. Hillary Clinton openly destroyed crucial evidence of her federal investigation. If it had been done by “deplorables,” they would have been locked in prison for long years. Nothing like that happened to Hillary Clinton.

Moreover, she seemed to be considered for another presidential bid. Rules in academia are often total fiction and applied at the discretion of the administration and faculty, depending on their perceived interest. “Selectivity” of rules and law became translated into “selectivity” of the notion of “sacred private property.” It became “sacred” only for “good boys” and not “sacred” for “bad boys.”

As previously stated, the concept of “sacred private property” and, implicitly, the fact that money is safe in Western banks regardless of their owners’ political transgressions, is the primary reason why foreign non-Western governments buy securities denominated in dollars, and to a lesser extent, euros, and keep their money and gold reserves in Western banks. They assume that their holdings are safe because of the sacredness of the “rule of law” and related “sacred private property.” The regimes’ policies are unrelated to the safety of their holdings. Still, they have found out that this is hardly the case. And if the “good boys” are transformed into “bad boys,” their holdings are “frozen” or, to be more exact, confiscated.

The first was the case with Iran. After the 1979 Revolution, Iranian assets were “frozen.” Later, the same happened with leftist Venezuela and now with Russia, whose 300-400 billion dollars reserves were “frozen,” and the Western governments engaged in confiscation of the wealth of Russian “oligarchs.” This was definitely a great shock for both the Russian government and the tycoons. All of them were old enough to have spent their childhoods in Soviet high schools and their youth as students in Soviet universities, where courses such as “scientific communism” (Nauchnyi Kommunism) and History of the Communist Party were obligatory. In all these cases, they were inculcated with the Marxist dictum that private property was “sacred” under capitalism. At the same time, they were aware that in post-Soviet Russia, especially in the early period of criminalized post-Soviet history, private property was hardly “sacred.”

Thus, following Marxist education and seemingly good instincts, they siphoned billions of dollars to the West, buying everything from football clubs to stately mansions and luxurious liners called modest yachts. Following centuries-old Russian tradition, they did their best to be incorporated into the Western establishment. They sent their children and grandchildren to the best European boarding schools and colleges, and some even became British lords. This was, for example, the case with Evgenii Lebedev, who emerged as the “Baron of Hampton and Siberia.” The trust in the “sacredness” of private property was so high that, even on the eve of the Ukrainian invasion, Elvira Nabibullina, the head of the Central Bank of Russia, continued to keep a good part of Russian reserves in Western banks.

The Western governments’ decision to “freeze” or confiscate their wealth, in the fashion of bandits of the 1990s, or the Bolshevik commissars of the Revolution and Civil War, was a real shock for all of them. “Oligarchs” are desperate in their attempts to protect their wealth. Roman Abramovich, an Ashkenazi Jew, claimed that he was Sephardic and that his ancestors had come from Portugal, possibly escaping the Inquisition. Thus, he needed to receive Portuguese citizenship to protect his wealth. He also engaged in Jewish charities and interceded with the help of some influential Jewish community members.

Finally, a longstanding Putin confidant, he proclaimed that he was the sworn enemy of the Moscow tyrant who had tried to poison him in his usual Machiavellian manner. While Abramovich and other “oligarchs” desperately tried to save their wealth, people in Moscow followed suit. Putin proclaimed that “unfriendly governments” could buy gas only in rubles, implying that foreign currency should stay in Russian banks, protected from sanctions. At the same time, the Russian Central Bank engaged in purchasing gold, which should also remain in the banks’ coffers. What is the implication of these actions?

Of course, it would be naive to assume that Moscow’s actions would lead to a run on the dollar as the reserve currency. As a matter of fact, the collapse of the financial system and inevitable economic and social crisis is not in the interests of the members of both the Western and Russian elite, which, despite all their issues with members of the Western elite, are, in the context of Marxist parlance, their “class brothers.”

The collapse would contribute to a rise of new “jihadist” “Lenins,” “Maos,” “populist Hitlers,” or similar individuals. All of these would hardly be in Moscow’s interests. One shall also remember that the US financial elite would try to maintain a “business as usual” mode by various means, such as manipulating the interest rate. Still, the real decline of the American economy and especially “socialist” actions of confiscation of assets of “bad boys” by American and Western governments would inevitably lead to the erosion of the dollar’s role as a reserve currency and implicitly would, in the long run, drastically reduce Washington’s ability to project power. And for this reason, Putin’s actions should be noted.