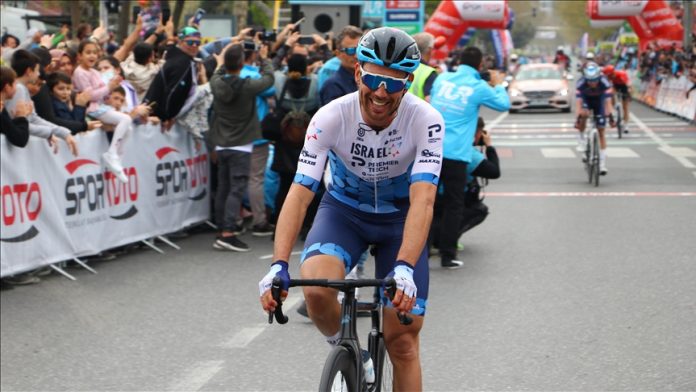 After the Istanbul stage of the route was canceled due to unfavorable weather conditions, New Zealand cyclist Patrick Bevin won the 57th Presidential Cycling Tour of Turkiye on Sunday.

Bevin, who rides for Israel-Premier Tech, won the race after finishing the 7th leg on Saturday in three hours, 21 minutes, and two seconds over the 135.3-kilometer (84-mile) Gelibolu-Tekirdag course in western Turkiye.

With his victory, the 31-year-old climbed to the top of the overall rankings on the tour.

The eight-stage race was due to culminate in Istanbul on Sunday, with a total length of 1,303 km (810 mi), but the last stage was canceled due to inclement weather.

Although the race started early Sunday at Istanbul’s famed Taksim Square with the participation of 149 cyclists from 25 teams, the team coordinators requested cancellation due to an unsafely slippery road when the teams arrived at the Kuzguncuk district on the Asian side, after biking 141.1 km (87.6 mi) in total.

The Turkish Cycling Federation has been organizing the tour, earlier known as the Marmara Tour, since 1963. It gained international status in 1965 and was brought under the presidential aegis in 1966.