PM Barre directs DGs to keep an eye out for phantom civil personnel. 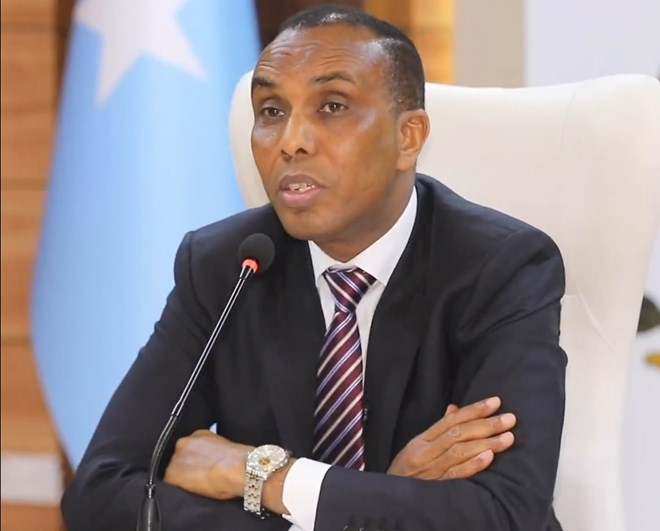 – The Director-Generals (DG) of the federal ministries have been instructed by Somali Prime Minister Hamsa Abdi Barre to make sure that their staff members are meeting their commitments by following the government’s working hours.

During the meeting, he also gave instructions for each DG to regularly inspect the public servants in their respective ministries and report any subpar workers right once.

“A young man receiving $700 while sleeping in America, Europe, or Africa, or just staying at home (away from the office), while another receiving $200 to fight the Khawraij, where he may be injured and leave his children orphaned, is not appropriate. How will we behave in front of our Lord on the Day of Judgment is inconceivable.”

In order for the government to assist the Somali people at their earliest convenience, the PM also advised the directors to start the workday early.

“The six-pillar program submitted to the parliament and the subsequent commitment we signed with the ministers have been authorized for implementation by the cabinet.”

The PM’s remarks come a day after President Hassan Sheikh Mohamud revealed that only 1,500 out of the 5,000 permanent civil servants registered by the federal government employees have been showing up for work consistently. The president was speaking after Friday prayers at a mosque inside the Villa Somalia.