PM Barre flies to Egypt for a state visit. 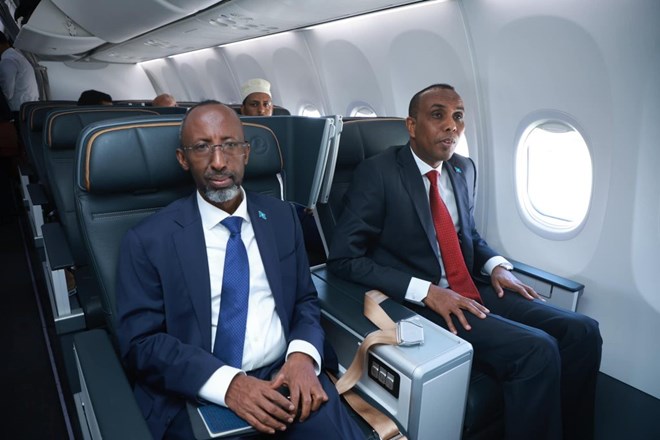 On Sunday, a delegation led by Somali Prime Minister Hamza Abdi Barre arrived in Egypt for a three-day official visit.

The Prime Minister will meet with Egyptian leaders to discuss bilateral cooperation, but his office provided no other information.

Following their meeting, President Sisi and President Mohamud held a joint press conference in which they emphasized the perils of unilateralism. The assertion was refuted by Villa Somalia’s spokeswoman, who clarified that Egypt and Somalia have no official united position on building and filling the GERD.

PM Barre’s visit comes months after it was revealed that Egypt, with the financial aid of the UAE, is recruiting and training thousands of young men for the Somali military, in a move that has been compared to the previous administration’s covert Eritrean training program.

The Somali or Egyptian governments have made no official statements on the suspected military training program.

The first squad of Eritrean-trained Somali forces returned to Somalia last month and are expected to join the government’s ongoing operation against Al Shabaab.