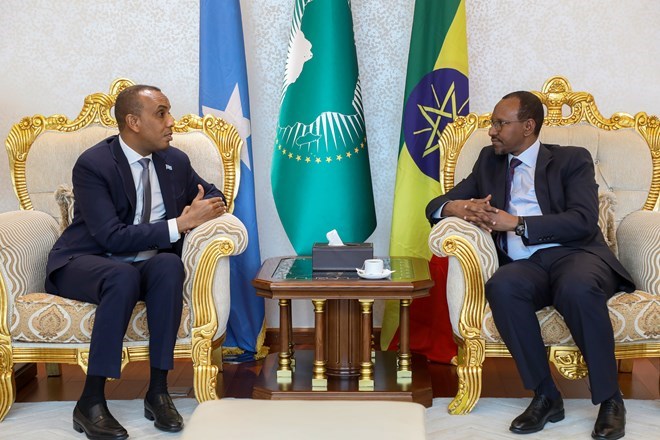 Barwako Adan Farah, the deputy chairman of the Ethiopian ruling party, Mustafa Mohamed Cagjar, the president of the Somali regional government in Ethiopia, and other officials welcomed the delegation at the Addis Abeba airport.

The Tana High-Level Forum on Security in Africa, which will take place in Bahir Dar, Ethiopia, will be attended by Prime Minister Hamse Abdi Barre.

The Institute for Peace and Security Studies, an Ethiopian think tank with a base at the University of Addis Abeba, founded the Tana Forum.

“Managing Security Threats: Building Resilience for the Africa We Want” is the theme of this year’s programme.

The young players heard from Prime Minister Hamza that Somalis all over the world were supporting them in the finals as he praised the players, their coach, and the Football Federation officials for their historic victory.

The youth football team from Somalia will play South Sudan in the championship game on Saturday. 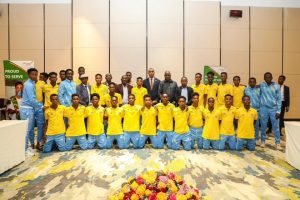