PM Roble and opposition leaders offer prayers for the MP who was killed in a bombing. 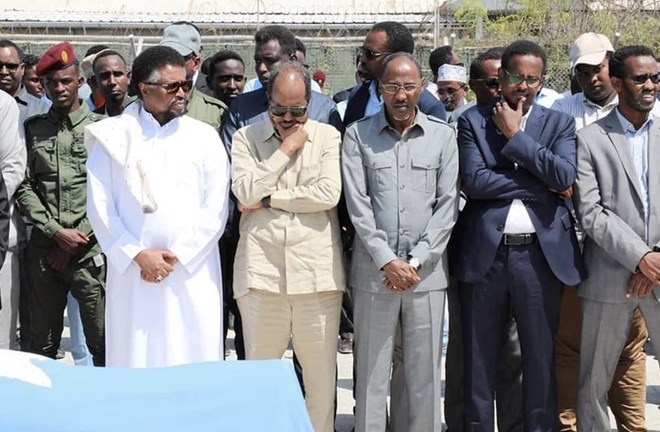 Prime Minister Mohamed Roble and opposition leaders prayed for the death of MP Amina Mohamed, who was shot and killed in Beletweyne on Wednesday.

The leaders gathered at Aden Adde Airport’s Airforce Hangar to pray for the prominent lawmaker who was killed in a bomb attack while campaigning.

The Opposition leaders were led by two former presidents, Hassan Sheikh Mohamud and his predecessor Sharif Sheikh Ahmed, in honoring the fallen MP.

Prime Minister Mohamed Roble expressed his condolences to Amina’s family earlier, noting that she had faced opposition during her re-election campaign.

Amina was a harsh critic of Villa Somalia and was outspoken in her opposition to the disappearance of her constituent Ikran Tahlil, who worked for the National Intelligence and Security Agency (NISA).