PM Roble claims that the assassination of MP Amina was planned by Ikran Tahlil’s killers. 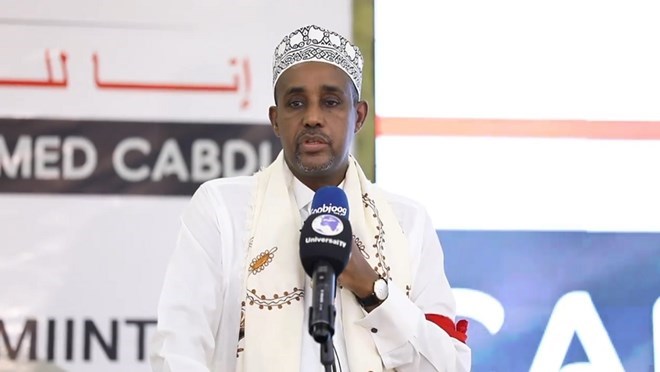 Prime Minister Roble made the remarks at a memorial service for late Mogadishu MP Amina Mohame in Mogadishu.
“I’m as confident as death that those who murdered Amina (Mohamed) were also responsible for the murder of Ikran (Tahlil).”

He claimed the threatening communications stemmed from an arrangement he and Hirshabelle President Ali Gudlawe reached to have the provincial election commissioner removed.

PM Roble stated that the text message is still in his hands.

MP Amina Mohamed Abdi was one of 48 people who were killed in Beledweyne last Wednesday. Al-Shabaab has claimed responsibility for the attack.

PM Roble promised to seek justice for Amina Mohamed and her family, saying that he would seek out those who masterminded the attack

“Those who paid for the suicide bomber to blow himself up, who brought him Beledweyne, Hiiraan… are still alive…” With the Lord’s help, we will defeat them.

Ikran Tahlil worked for Somalia’s National Intelligence and Security Agency as a cybersecurity expert (NISA). On June 26, she was kidnapped from her house near the NISA headquarters after her family said she received a phone call from her superiors ordering her to report to the office. She was last spotted climbing into the rear of a car in the vicinity of her home.

After nearly two months of intense pressure, Somalia’s intelligence service claimed Al-Shabaab was responsible for her death without giving any evidence. For more than a decade, Al Shabaab has conducted a violent insurgency against Somalia’s internationally supported government.