‘Police violence is a severe and underreported problem in Germany.’ 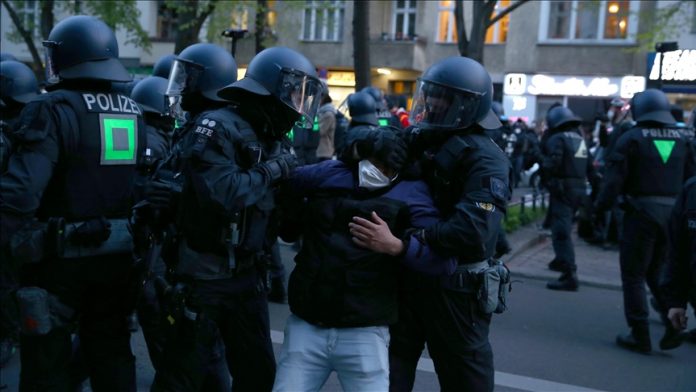 According to experts, police brutality is a severe problem in Germany, yet many cases go unreported or are not properly investigated or punished.

The Federal Criminal Police Office (BKA) publishes annual statistics that provide only a limited amount of information. There are currently 1,500 to 2,000 incidences of police violence throughout the country, according to estimates.

According to current study conducted by independent institutes, the number of unreported instances is likely to be significantly greater, possibly even five times higher than the official records.

Stefan Schubert, a former police officer and security expert, told Anadolu Agency that many victims find it difficult to disclose such crimes or do not trust the authorities.

“The number of unreported cases is high in every area of crime. Fewer and fewer cases are being reported, because citizens have also noticed that reporting them is of little use, that the public prosecutor’s offices do little work, are overburdened and that they are not summoned as witnesses at all,” he said.

Often the victim is in a situation that makes it almost impossible to file charges against police officers later, according to the expert.

“And in the case of police violence, the situation is aggravated by the fact that a citizen usually finds himself in a situation where a whole group of police officers is involved – three, four, five policemen,” he said.

“And then the victim is alone, or with a companion. And that is, of course, when it comes to testimony against testimony, it is always a very bad starting position. And I think that discourages many people from reporting these things,” he added.

Migrants, refugees, and Black people are often disproportionately affected by police brutality, according to the experts.

The co-founder of the Campaign for Victims of Racist Police Violence (KOP), Biplab Basu, who also works at the counseling center ReachOut in Berlin, told Anadolu Agency that German prosecutors often side with police when victims report police brutality. “This attitude has been a discouraging factor for many people.”

“Very few of the migrants and Black community members have faith in the police and justice … that anything could be done or any positive outcome would be there if they register cases against the police,” he said, adding that “structural racism” is very rampant within the police department and within the criminal justice system.

He also criticized the German government for not taking any serious measures to address the problem of police brutality in the country.

“The government is not doing enough. The denial of police violence is one factor why people have lost faith in the justice system … criminal justice system,” he said.​​​​​​​​​​​​​​