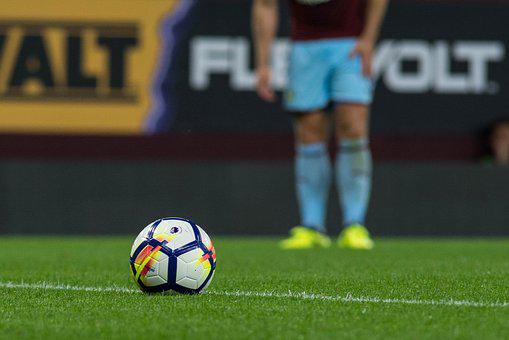 In remembrance of Queen Elizabeth II, who passed away at the age of 96, the Premier League has postponed this weekend’s games.

Following a meeting on Thursday with the British government’s Department for Culture, Media, and Sport and representatives from a number of sports, the Premier League’s shareholders decided on Friday to postpone all of the games on Saturday and Monday.

This weekend’s round of games in the English Football League (EFL) and Women’s Super League (WSL) have also been postponed. All matches in Wales, Scotland, and Northern Ireland were halted following a similar decision.

The longest-reigning monarch in British history, Queen Elizabeth II, who passed away on Thursday after 70 years on the throne, received tributes from all corners of the sports world.

The U.K. has started a mourning period that will last for at least ten days. In due course, more details on the remaining fixtures scheduled to occur during this time frame will be confirmed.

Government advice advises against holding any significant events on the day of the Queen’s funeral, which is most likely to occur on September 18 or 19. The date has not yet been confirmed.

“Premier League clubs paid tribute to Her Majesty Queen Elizabeth II at a meeting this morning,” the Premier League said in a statement on Friday.

The Premier League match round this weekend, including Monday’s game, will be postponed as a mark of respect and to honour her extraordinary life and contribution to the nation

The decision to postpone games was not put to a vote in the Premier League; rather, the board made it and the clubs approved.

The government stated that it was up to individual organisations to decide whether to hold events during the time of national mourning.

In a statement of official advice for the public and businesses, it was stated that “there is no obligation to cancel or postpone events and sporting fixtures, or close entertainment venues during the national mourning period.

“Organizations might want to think about postponing or cancelling events or closing venues on the day of the State Funeral as a mark of respect, but they are under no obligation to do so and this is entirely at the discretion of individual organisations,” reads the statement.

The WSL, Women’s Championship, Women’s FA Cup, FA Trophy, all levels of the nonleague National League System, grassroots football, and all football games were all postponed from September 9 to 11, according to the English Football Association.

All flags at Wembley Stadium and St. George’s Park, the home of all England teams, would remain at half-staff over the weekend, according to the statement.

According to a statement from the FA, “Her Majesty the Queen has left a lasting and indelible legacy on our national game” as a longtime patron of the organisation.

After Her Majesty the Queen passed away, “English football has united to postpone all football fixtures between September 9 and September 11 as a mark of respect.”

The Football Supporters’ Association expressed their disapproval of the decision in a statement, calling it “a missed opportunity for football to pay its own special tributes.”

The statement read, “We believe football is best when uniting people during moments of great national significance — be those moments of joy or moments of mourning.”

“In our opinion—which we also shared with the football authorities—the majority of fans would have preferred to attend games this weekend and honour the queen alongside other supporters.

“There was no perfect decision for the football authorities, so not everyone will agree, but many supporters will feel this was a missed opportunity for football to pay its own unique tributes,”