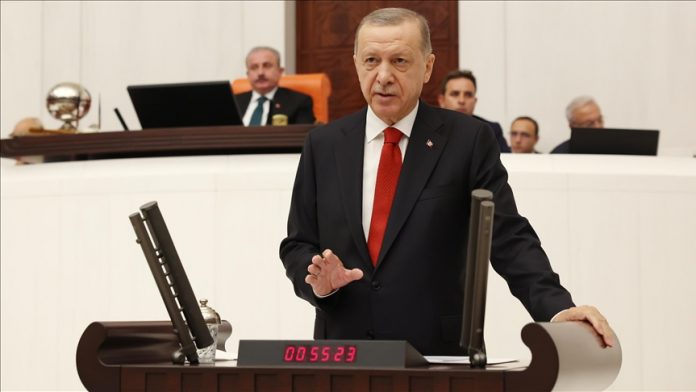 “Some people tried to portray our foreign policy initiatives as a “shift in axis.” However, Turkey is not experiencing an axis shift; rather, it is strengthening its own axis by maintaining multiple diplomatic relations around the world based on our national interests “Erdogan stated this in parliament in Ankara, Turkey’s capital.

Türkiye, located at the crossroads of three continents, is heavily influenced by global developments, he claims.

“Türkiye does not have the luxury of closing in, isolating itself from the outside world, and sitting on the fence to watch events in its region,” he added.