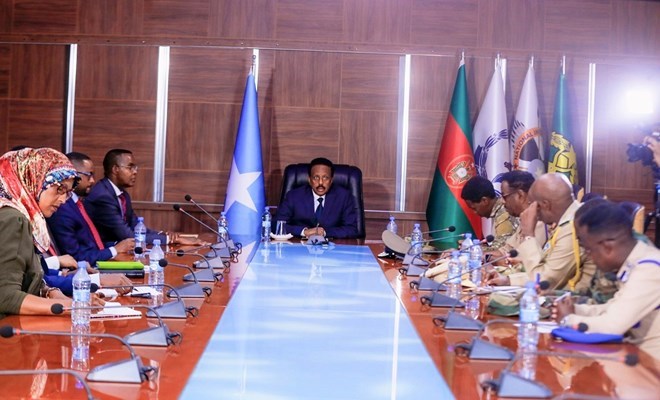 Somali President Mohamed Abdullahi Farmajo met with the Governor of Benadir Region, Commanders of the Armed Forces, Police, Corrections Services, and Security, instructing them to strengthen the country’s and capital’s security ahead of elections.

President Farmajo listened to preliminary reports from Somalia’s police and intelligence services on the attacks in Mogadishu and Beledweyne last week.

At least 54 people were killed in the attacks in Beledweyne and Mogadishu, including MP Amina Mohamed.

The President directed the Armed Forces Commanders to reassure the Somali people during security operations and to strengthen cooperation and integration between security agencies and the community in order to increase people’s trust and collaboration.