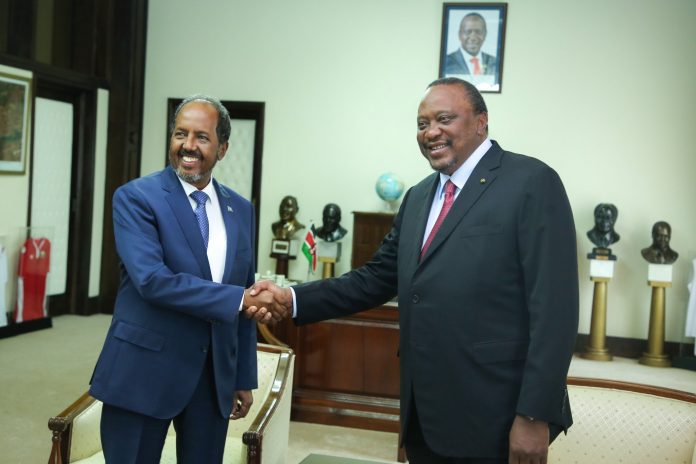 Nairobi, July 15. 2022; The President of the Federal Republic of Somalia, Mr. Hassan Sheikh Mohamud, and his Kenyan counterpart, Mr. Uhuru Kenyatta, held a fruitful meeting at the State house of Kenya regarding the strengthening of relations between the two countries and the future of cooperation between the two neighboring peoples of Somalia and Kenya.

The two Presidents agreed to strengthen the security, economic and political cooperation between the two countries, and agreed to an agreement to remove the barriers to immigration that resulted from the ambiguity in the relationship between the two countries, and the Somali citizens have a special opportunity to facilitate the country’s immigration. in Kenya, with the return of Kenya Airways flights that regularly arrive in the country.

The two Presidents decided together that the Joint Committee on Cooperation (JCC) between Somalia and Kenya will meet in Mogadishu in August this year, to shape cooperation in security, agricultural development, trade, health, education, training and solutions. finding the problems of climate change. 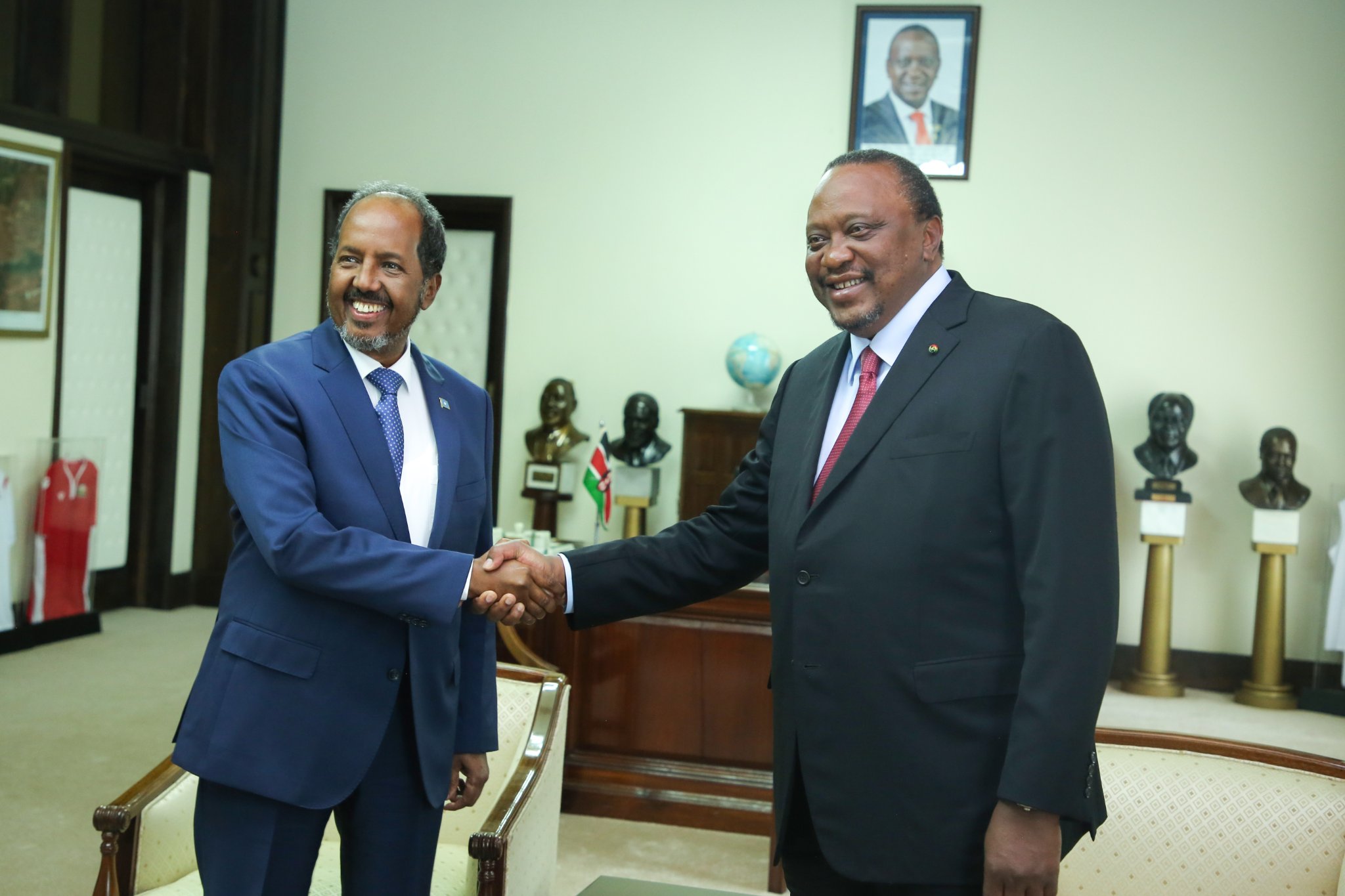 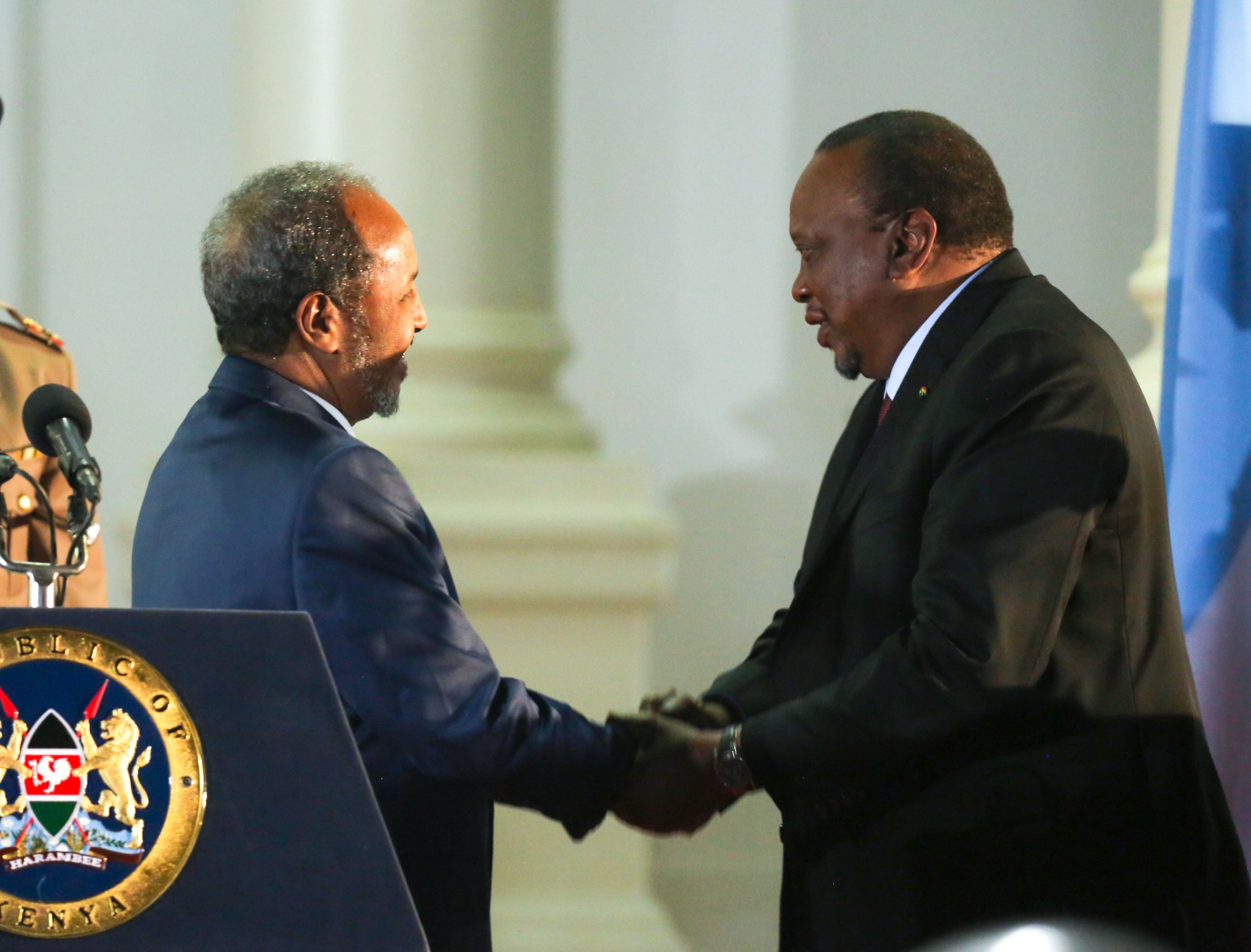 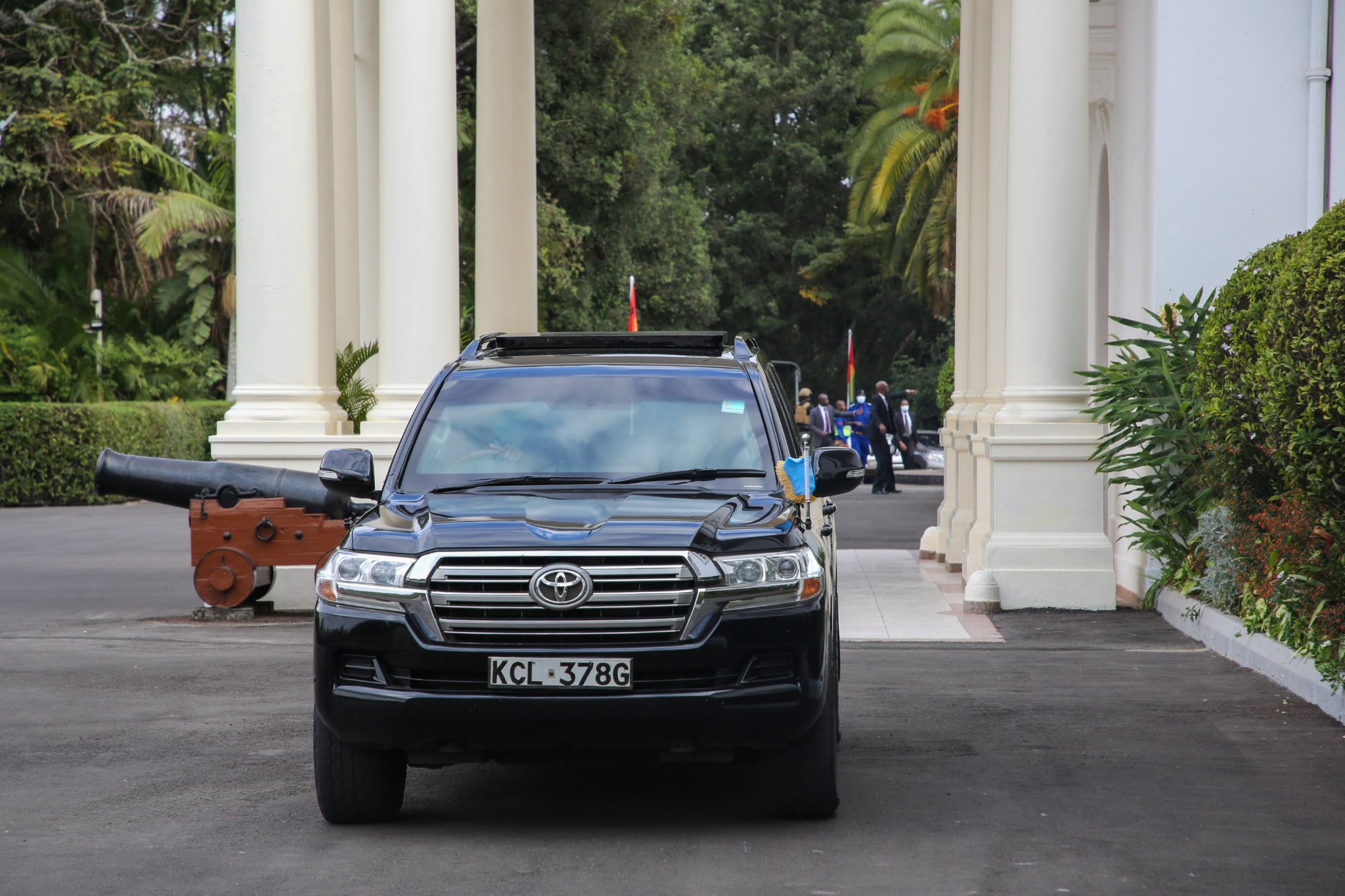 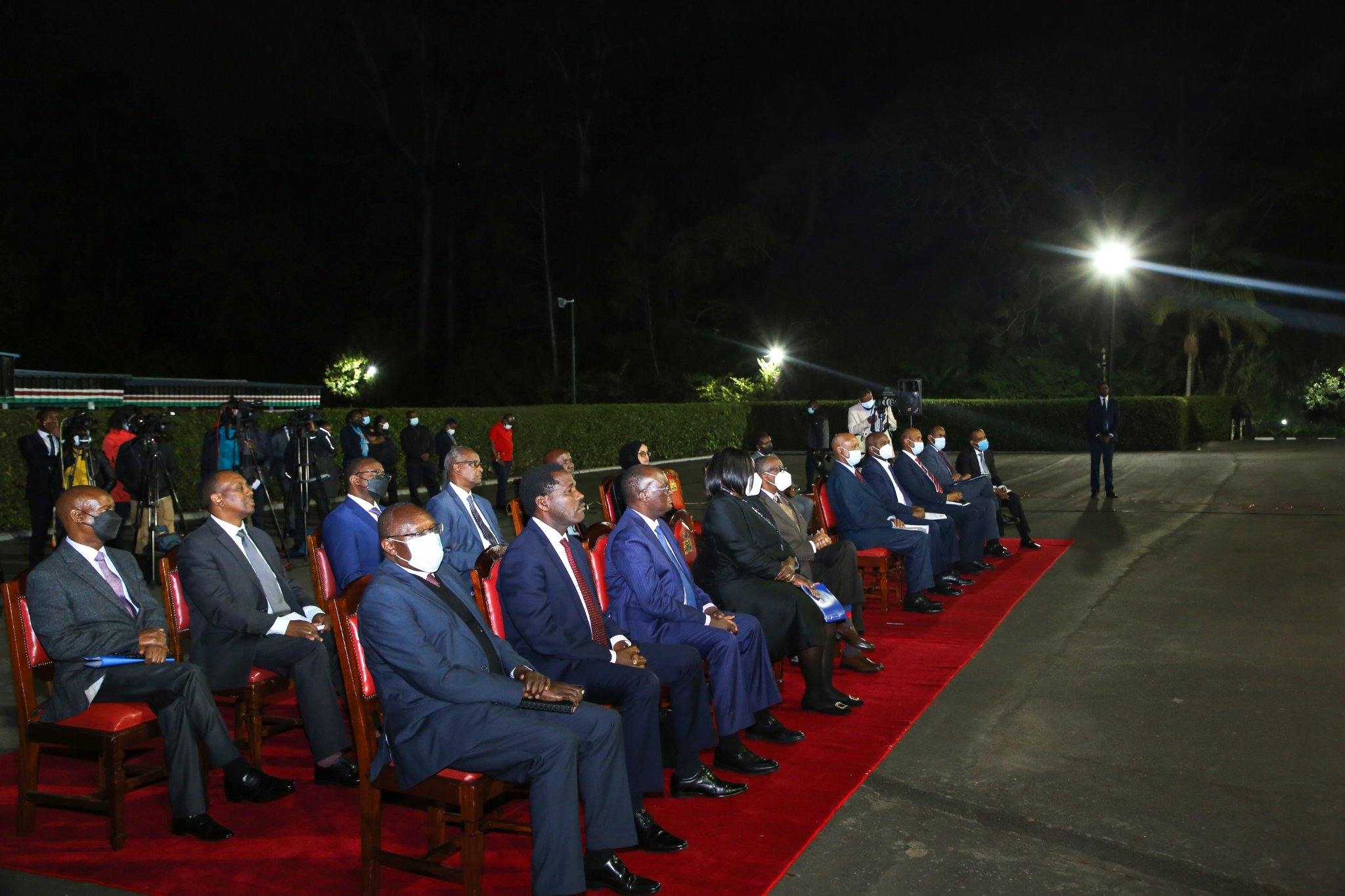 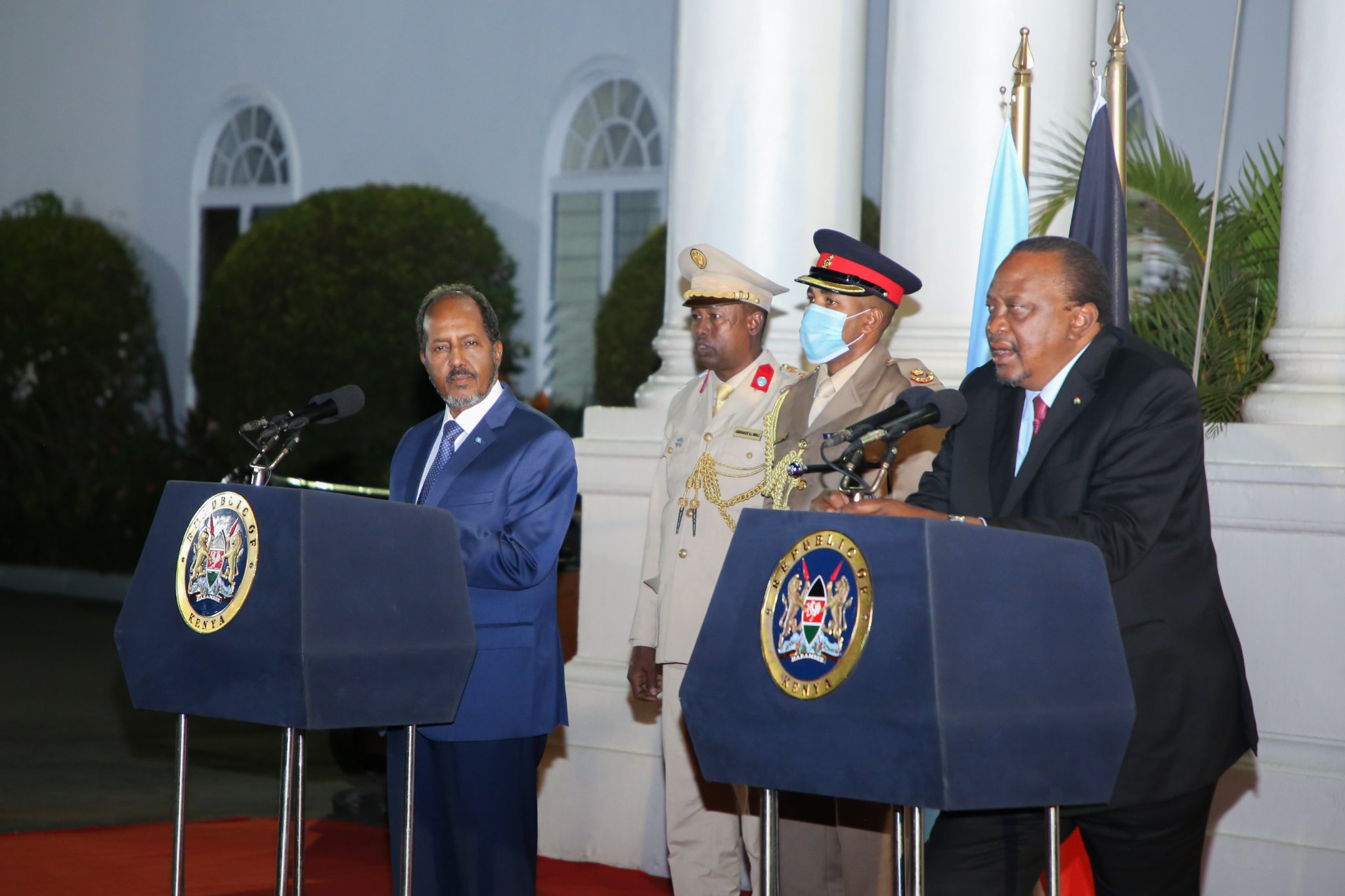 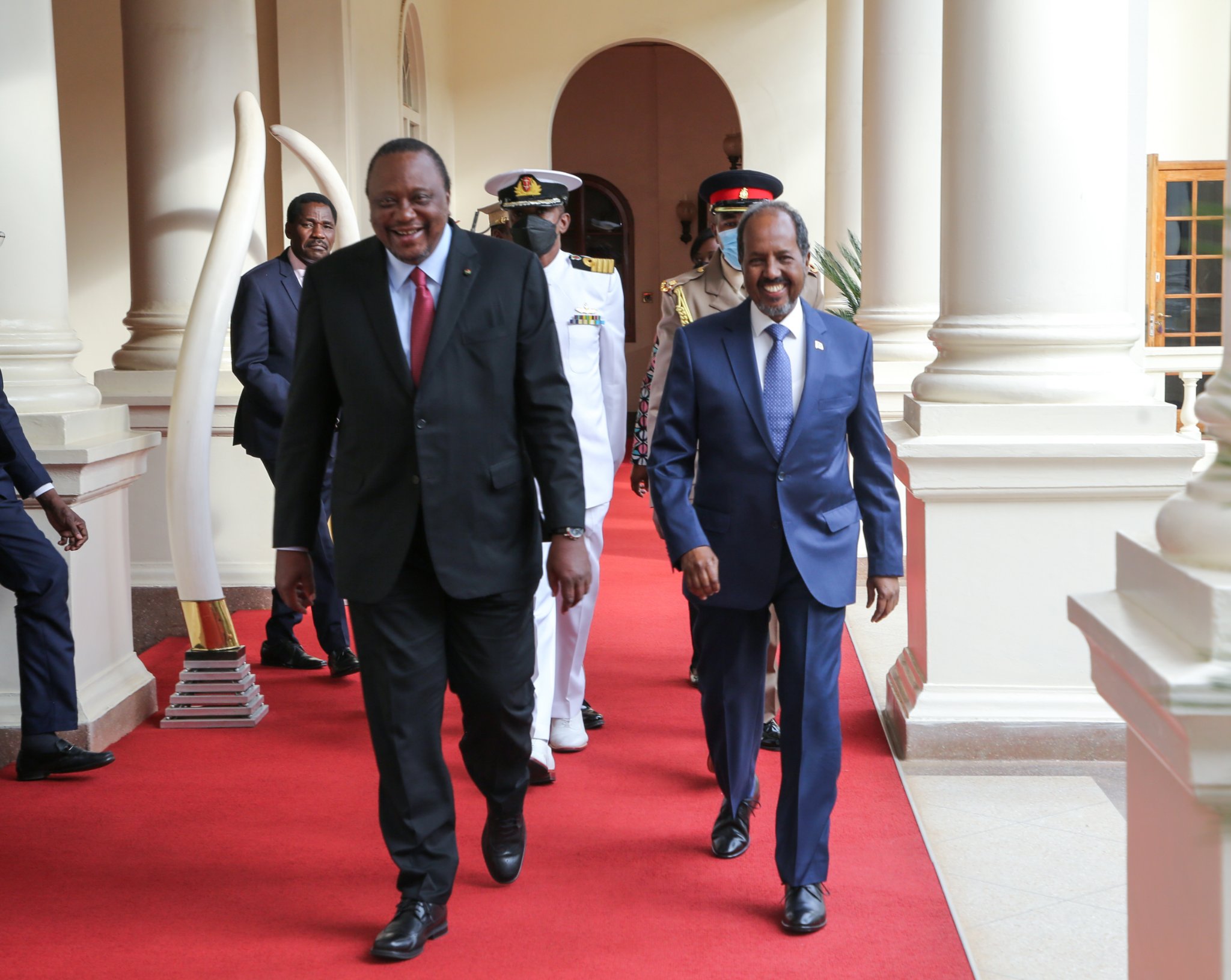 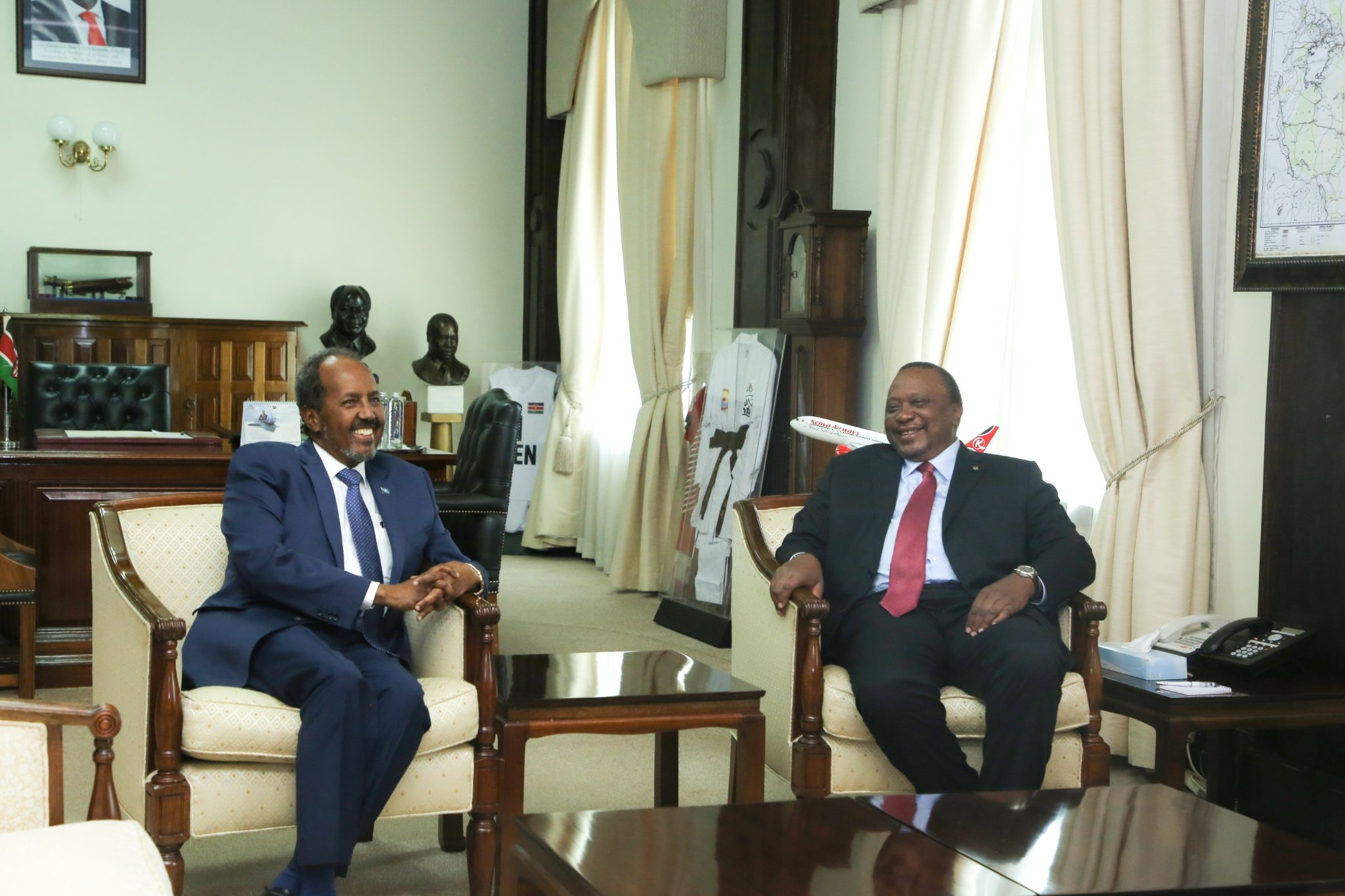