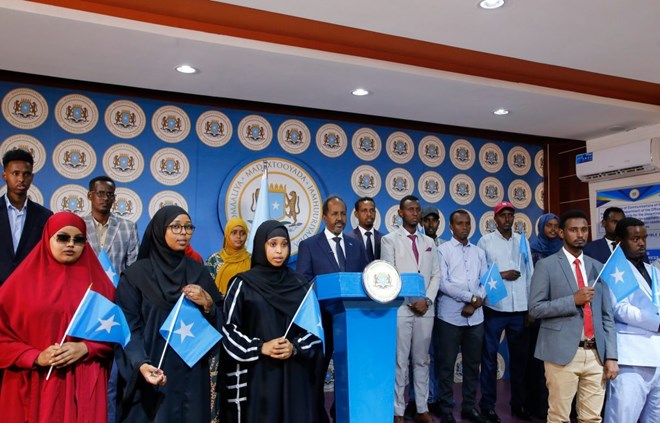 President Mohamud stated the plan will offer Somali youth ownership and a vital role in reconstructing Somalia during the launch event for the National Youth Development Initiative.

“Somali youngsters account for more than 70% of the population. The state, the country’s economy, and social growth are all built on the backs of the youth. I’m launching a forum for Somali youth to express their innovation and improve their government in order to reach full self-sufficiency “he stated

The president urged businesses to collaborate with the government to expand job opportunities for Somali youth. He encouraged young leaders to take risks and pursue their goals.

Details of the plan have been scant, but the federal government launched the National Youth Policy in December 2017 to identify gaps in youth development and tackle the many problems Somali youth face, including unemployment, lack of education, insecurity, and radicalization.