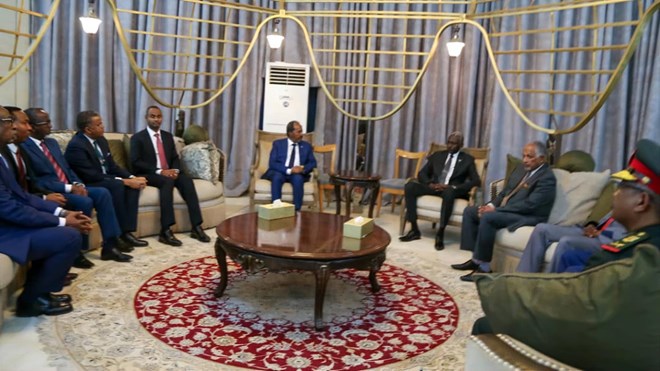 According to Villa Somalia, the President’s trip to Sudan was aimed at bolstering assistance in the campaign to defeat the Al Qaeda-affiliated militant group Al Shabab.

Attending the Arab League Summit in Algeria will be President Mohamud and his delegation.

Tuesday marks the first summit of Arab leaders following a series of normalisation agreements with Israel that have polarised the region. They gather in the capital city of Algeria.

The summit continues to be a staunch ally of the Palestinians, even mediating a truce between rival Palestinian organisations Fatah and Hamas in October.

The President’s journey takes place as the country struggles to comprehend the bloodiest terrorist assault in the previous five years. After two suicide bombers blew up their pickups in the centre of a busy Mogadishu crossroads, more than 120 people were murdered and 300 were injured.