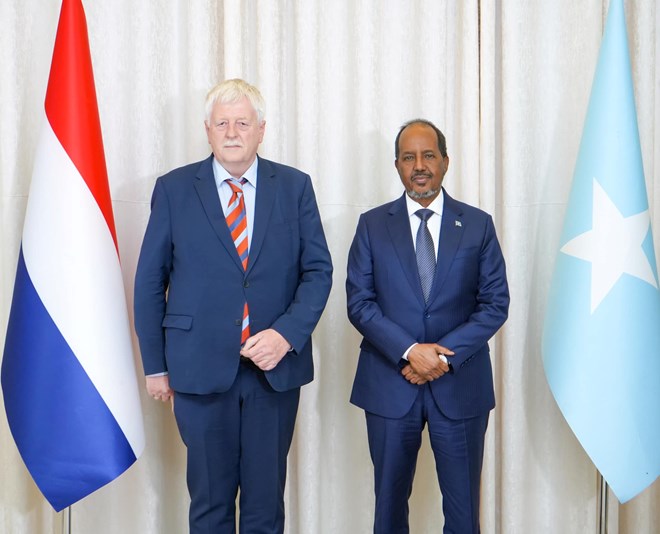 The ambassadors presented greetings from their respective Kings and Presidents with the President, highlighting their efforts to enhance their ties with the Somali government.

President Mohamud and the Ambassadors specifically discussed enhancing diplomatic relations and collaboration between the Federal Government of Somalia and France, the Netherlands, and Slovakia.