President Mohamud will pay a visit to the Southwest State. 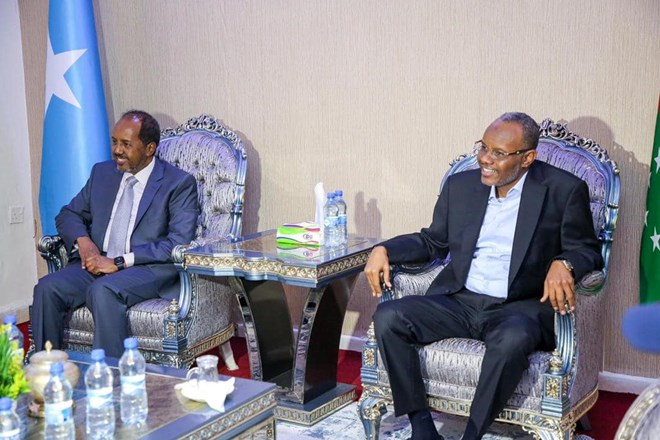 Hassan Sheikh Mohamud, Somalia’s future president, is scheduled to visit Baidoa on Tuesday as part of his maiden trip to regional states before his inauguration ceremony in Mogadishu next month.
Preparations are underway in Baidoa, the Bay region’s capital, for the President’s delegation’s arrival, where he will meet with the leaders of the Southwest state, led by President Abdiaziz Hassan Mohamed Laftagareen, as well as members of civil society.
Because his special envoy for drought response, Abdirahman Abdishakur Warsame, is among the delegation, the President will also be informed on the drought situation in the South West.

The Southwest state regional president has been a close friend of former President Mohamed Abdullahi Farmaajo. The two leaders will discuss political stability and how the federal government can work with the regional government, sources revealed.