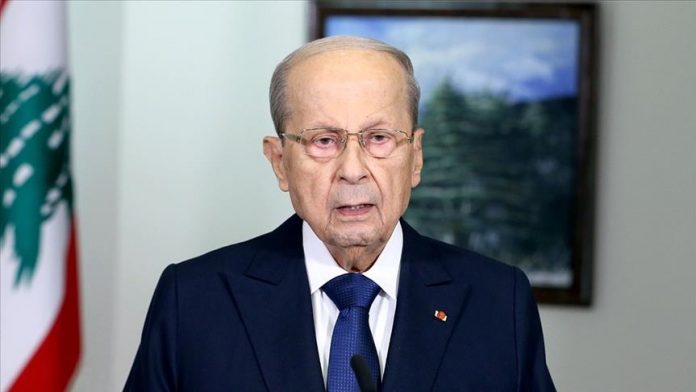 The agreement for the maritime border demarcation between Israel and Lebanon was signed by Lebanese President Michel Aoun on Thursday.

Aoun reportedly signed a letter regarding the delineation of Lebanon’s southern maritime boundary, according to deputy speaker and chief negotiator Elias Bou Saab.

He added that a Lebanese delegation would deliver the letter that Aoun had signed to US mediator Amos Hochstein at the UN office in southern Lebanon.

He added that the Foreign Ministry will send the UN another letter.

For his part, Israeli Prime Minister Yair Lapid praised the agreement as a “political achievement” for his nation.

He claimed on his official Twitter account that “the maritime deal is a political achievement for Israel as we don’t see an enemy state like Lebanon recognising Israel in a written agreement every day.”

Increasing Tel Aviv’s “security and freedom to act against Hezbollah,” he claimed, is the result of the agreement.

According to a formal statement from the Prime Minister’s Office, the agreement was also approved by the Israeli government.

Aoun and Lapid declared on October 13 that they had agreed to the proposal for the maritime border demarcation that had been mediated by the US.

According to maps sent by both nations to the UN in 2011, Israel and Lebanon have been at odds over an 860 square kilometre (332 square mile) maritime area that is rich in gas and oil.

Since 2020, talks have been going on regarding the area in the Mediterranean Sea that includes a portion of the Karish gas field and the potential gas field of Qana.