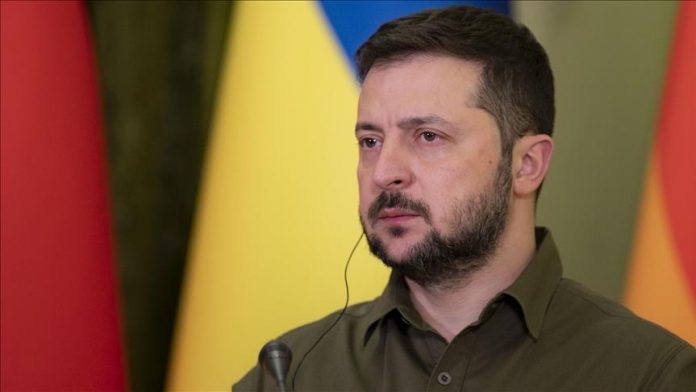 Volodymyr Zelenskyy, the president of Ukraine, stated on Tuesday that efforts are being made to maintain and increase grain exports in accordance with the Black Sea grain corridor agreement.

In a video message posted to Telegram, Zelenskyy declared that Ukraine would keep assisting nations facing food shortages all around the world.

“We will enhance help to those nations and peoples that are particularly suffering from the food crisis, together with the most developed and responsible states,” he stated.

“We are beginning a collaboration that could serve as the framework for ensuring food security on a new level. It has been argued for a long time that international cooperation is necessary to prevent starvation in the world’s poorest nations. And we are right now creating such a coordination system. I hope it will be put into practise,” he continued.

On July 22, Turkey, the UN, Russia, and Ukraine reached a historic agreement to reopen three Ukrainian ports for grain that had been halted for months due to the ongoing Russia-Ukraine war (Odesa, Chornomorsk, and Yuzhny) in order to alleviate a worldwide food crisis.

To manage the supplies, a Joint Coordination Center in Istanbul has been established with representatives from the three nations and the UN.

More than 400 ships carrying 10 million metric tonnes of agricultural products have sailed out of Ukrainian ports since the first ship departed Odessa on August 1.