President: Turkey will keep up its struggle against terrorism until it is defeated. 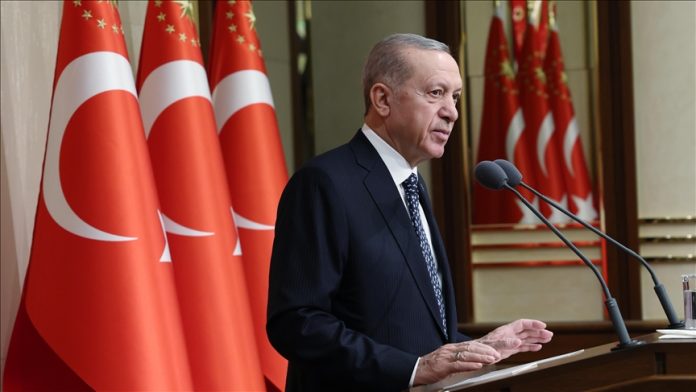 Turkey’s president declared on Thursday that the country will continue to battle terrorism both inside and outside its borders until the threat is removed.

Recep Tayyip Erdogan declared at a Teachers’ Day speech in the Turkish capital Ankara that “we will continue our struggle inside and outside the borders until the terrorist menace to our country is entirely over.”

The security agency of this state will be present there with its police, military, and security personnel, he continued.

On Sunday morning, Turkey began Operation Claw-Sword, a cross-border aerial offensive against the PKK/YPG terrorist organization, which maintains unauthorized bases across the Iraqi and Syrian borders where it plans and occasionally carries out operations on Turkish territory.

The action, according to Turkish officials, is in accordance with international law and the country’s legal right to self-defense under UN resolutions.