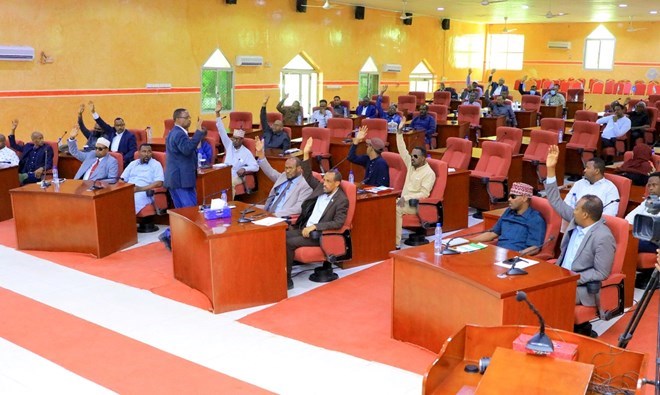 Garowe (SOMALI MAGAZINE) Following a tense session in Garowe on Monday, the Puntland regional state parliament passed a vote of no-confidence in the appointment of new Puntland Supreme Court judges.

The new members, including their chairman, who was recently appointed by President Said Abdullahi Deni, were rejected by 23 of the 43 members of parliament who attended the session, with 11 voting in favor and nine abstaining.

President Said Abdullahi Deni reappointed the same members without any changes shortly after the parliament’s rejection, and he intends to bring them back to parliament for a vote of confidence. It is still unclear whether parliament will reject them again.

It is the first time that the Puntland parliament has rejected the appointment of Supreme Court justices, and it comes as the