Puntland rejects a directive from the federal government that limits the issuance of fishing licences. 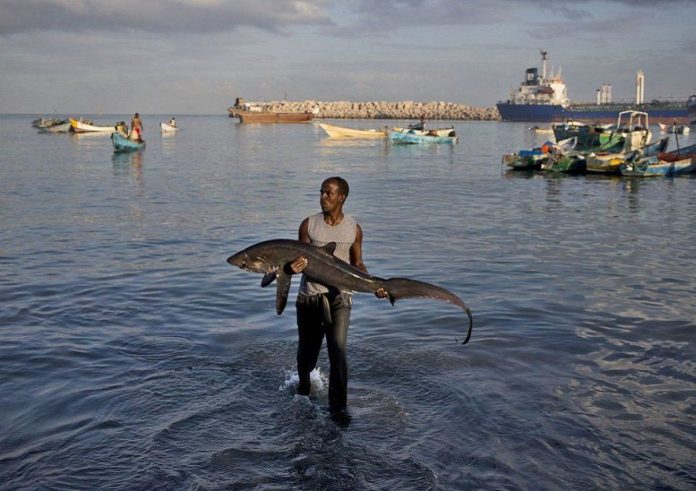 The federal government’s decision to refuse state-level fishing licences has been opposed by the Puntland regional government.

The federal directive, according to a statement made by Puntland’s Ministry of Fisheries on Friday, violates Article 44 of Somalia’s Provisional Constitution, which states that the federal government and the Federal Member States must negotiate before sharing Somalia’s natural resources.

It forewarned that insecurity and political instability would result if Mogadishu continued to break resource-sharing agreements with the regional governments of Somalia.

It continued by stating that until a federal constitution is finished and ratified by a popular referendum, Puntland has the power of an independent government.

Somalia announced last year that it would introduce legislation to ensure uniform regulation throughout the nation in order to combat illegal, unreported, and unregulated (IUU) fishing in its waters.

The federal fisheries ministry and Puntland are connected to approving licences for illegal fishing operations off the coast of Somalia, usually to Chinese trawlers, according to a damning report released by GI-TOC in June 2021.

With an estimated 3,300 kilometres of coastline, Somalia has Africa’s longest mainland coastline. 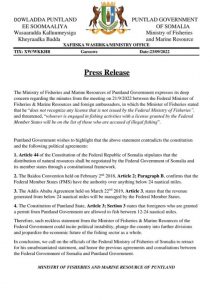