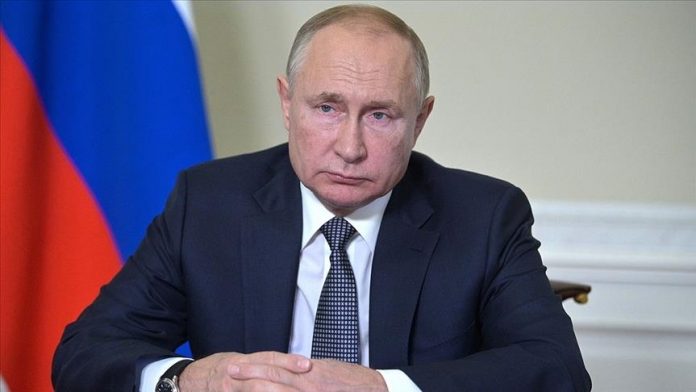 President Vladimir Putin announced on Thursday that export-oriented Russian businesses will shift to alternate markets as the nation continues to be subject to unprecedented Western sanctions because of the conflict in Ukraine.

At a meeting with government representatives in Moscow, Putin claimed that because Russia’s exporters were focused on Europe, which is currently rejecting Russian goods, they were under the most pressure.

He noted that after falling for four months, industrial production rose to its level from the previous year.

The president said that while the agriculture and construction sectors are showing signs of improvement and the automobile and metallurgical industries are gradually recovering, consumer demand is still weak and calls for government action to boost it.

Putin encouraged them to develop flexible plans since the sanctions will likely rise in the future.

Putin advised them to make adaptable strategies that can deal with restrictive measures as he foresaw the need for more sanctions in the future.

The Western world has placed a slew of penalties on Moscow, including restrictions on high-tech trade, import bans on Russian oil, coal, and gold, and the exclusion of many significant Russian banks from the SWIFT payment system. The entry of Russian ships and aircraft into Western ports and airspace is likewise forbidden.

But as a result, soaring inflation and surging energy prices are straining world economies.