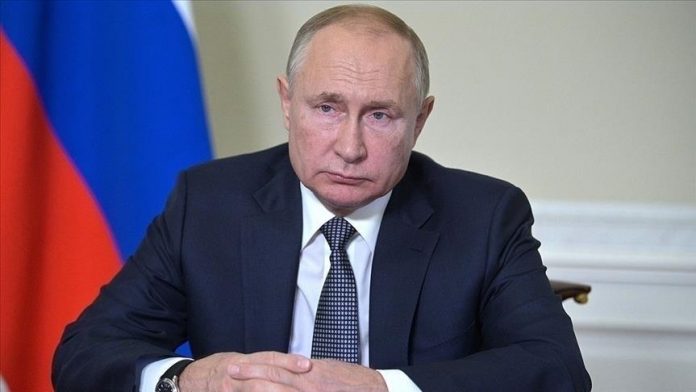 According to Russian President Vladimir Putin, the West’s “predatory policies” are to blame for the world food crisis.

“The West is causing a worldwide food crisis… Despite being 40% higher than in 2020, the price of food has decreased to the levels of the beginning of the year, according to Putin, who was speaking at a conference in Sochi on Russia’s agricultural industry.

He claimed that developed nations’ actions during the COVID-19 pandemic caused the global food crisis.

Without exaggeration, Putin stated that “this is a direct result of the predatory policies of the richest countries in the world.”

He claimed that these nations are inflating their currencies in order to purchase food supplies.

According to Putin, the US has already imported $218 billion worth of food this year, significantly more than the $185 billion imported in 2017.

Washington currently purchases more food than it sells, as evidenced by the $22.3 billion gap between food imports and exports in the US, he said.

Regarding grain exports from Ukraine, Putin reaffirmed that the vast majority of shipments have gone to developed countries.

Only four of the 203 ships that had departed Ukrainian ports as of September 23 were bound for developing nations, he claimed.

14 of the 46 ships that sailed from Monday to Friday of last week designated the intermediary nation of Türkiye as their final destination. 25 of the 32 ships that were left over were sent to the European Union. He questioned, “Are they the poorest nations?

Ukrainian grain exports, which had been halted since the war’s start in February, were resumed after an agreement was signed in Istanbul in July by Turkey, the UN, Russia, and Ukraine.

To manage the shipments, a Joint Coordination Center in Istanbul has been established with representatives from the three nations and the UN.

Regarding the export of Russian grains and fertilisers, Putin stated that the situation was complicated due to the sanctions imposed on Moscow and issued a warning that this could exacerbate the global food shortage.

With 138.7 million tonnes of grain already harvested this year and an expected increase to 150 million tonnes over the next three months, he claimed that Russia is “fully guaranteed to cover our own needs.”