Putin claims that in response to the Crimean bridge attack, massive strikes were launched against Ukraine. 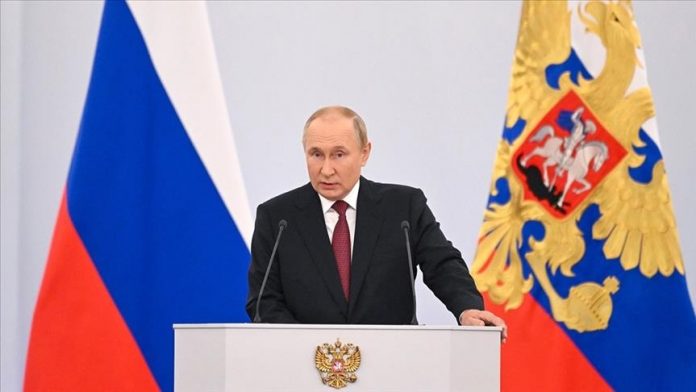 On Monday, Russian President Vladimir Putin claimed that Ukrainian targets had been struck in retaliation for the Kerch Bridge explosion and other alleged “terrorist attacks” carried out by Ukrainian intelligence.

Putin stated that the evidence gathered by Russian investigators indicates that Ukrainian intelligence was responsible for the attack on the bridge that connects Russia to Crimea on Saturday during a meeting with the members of the Russian Security Council.

“This morning a massive strike was carried out with high-precision long-range air, sea, and land-based weapons on energy, military administration, and communications facilities of Ukraine, at the proposal of the Defense Ministry and in accordance with the plan of the Russian General Staff,” he said.

Other “terrorist attacks” on Russia’s energy infrastructure have been reported, including an attempt to blow up a section of the TurkStream gas pipeline, which connects Russia and Turkey, the official claimed.

He claimed that the investigation into the Nord Stream gas pipeline leaks did not include Russia, noting that everyone is aware of “the final beneficiary.”

Putin has previously claimed that the explosion on the offshore pipelines carrying Russian gas to Germany will enable US energy companies to make enormous profits by selling gas to Europe.