Putin issues a decree toughening the penalties for evading the mobilization of the Russian military. 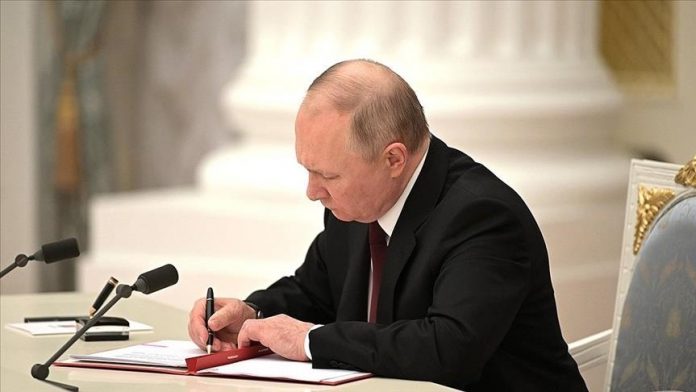 The decree increased the punishment for avoiding military service during mobilisation from five to ten years.

In addition, Putin signed a law allowing foreign soldiers in the Russian army to apply for citizenship without a visa.

Foreigners who have signed a contract with the Russian armed forces for a minimum of one year are subject to this law.

The decrees were approved last week by the Federation Council and the lower house of the Russian parliament.

Russia’s seven-month-old war against Ukraine, which has recently experienced a number of setbacks, saw the mobilisation of an estimated 300,000 men between the ages of 18 and 50 announced on Wednesday.