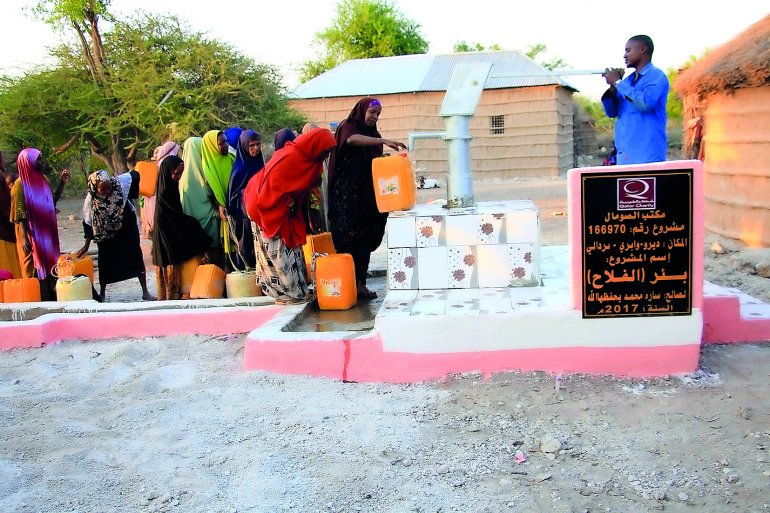 Qatar Charity (QC), one of the most important international organisations working to combat drought and desertification in several regions of the world, has implemented more than 56,000 water and sanitation projects worth QR435mn since 2016, benefitting over 17mn people.

The projects range from drilling and equipping surface and deep wells, establishing and equipping water purification plants, in addition to constructing sewage facilities, equipping its networks, and maintaining and rehabilitating water and sanitation facilities, it was explained in a statement yesterday.
More than 10,000 water projects were implemented so far in 2021, benefitting more than 6mn people, at a total cost of nearly QR101mn.

Somalia, one of the countries suffering from severe drought and desertification, is a case study.
The United Nations Office for the Co-ordination of Humanitarian Affairs OCHA reported that an estimated 2.7mn Somalis would face severe food shortages in the coming months.
In 2019, QC signed a co-operation and partnership agreement with the Ministry of Energy and Water Resources in Mogadishu, to achieve sustainable development in the relevant sectors. The areas of co-operation include drilling deep and shallow wells, digging water ponds, restoring deep wells, installing solar water pumps for drilled wells, in addition to training cadres in renewable energy and water technology.
QC has also worked to activate its strategic partnerships through its office in Somalia with international organizations such as the United Nations Children’s Fund, the Food and Agriculture Organisation, the United Nations High Commissioner for Refugees, the International Medical Corps, and the International Committee of the Red Cross.

QC is also a member of the NGO Alliance in Somalia.

The total cost of the QC water projects in Somalia from drilling surface and artesian wells from 2016 to 2021 amounts to more than QR31mn.