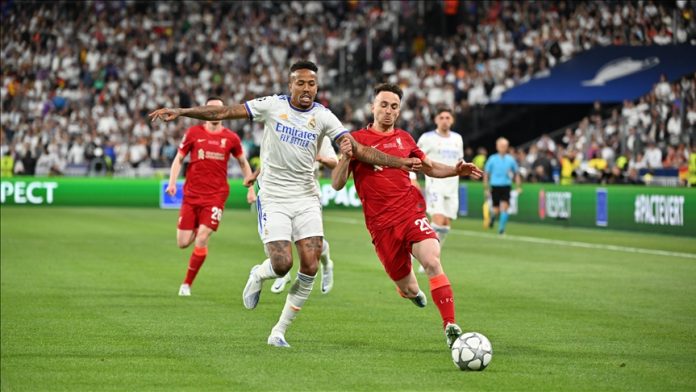 Mohamed Salah’s right-footed drive from close range to the bottom left corner was stopped by a great save by Real Madrid goalkeeper Thibaut Courtois at the Stade de France in Saint-Denis in the 15th minute.

After a VAR (video assistant referee) assessment in the 44th minute, Karim Benzema scored from the penalty area, but it was disallowed due to an offside call.

The Reds dominated the first half of the final, but despite both teams having chances at each end, neither team was able to break the tie.

In the 59th minute, Vinicius Junior scored the winning goal for Real Madrid.

The kick-off was delayed for 36 minutes for security reasons, according to UEFA.

The Spanish football club added their 14th Champions League trophy to their collection — five in the last eight years.