Reasons for distance between Macron and Putin 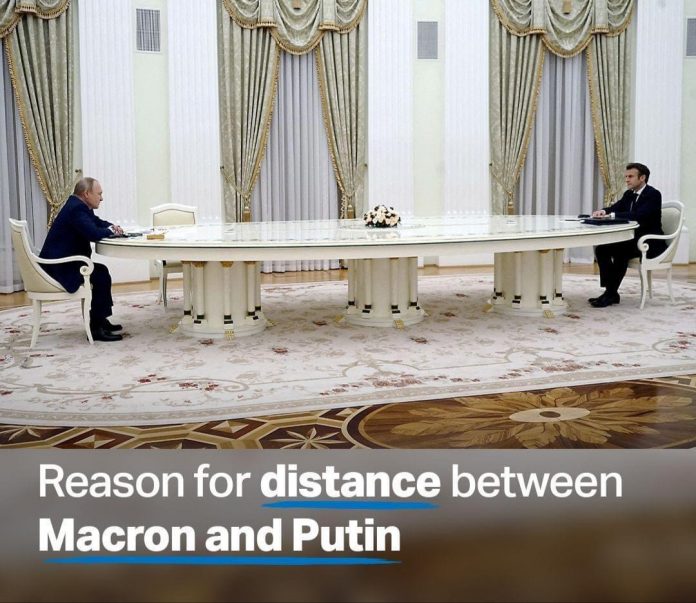 The 6-metre-long table that seated French President Emmanuel Macron and his Russian counterpart Vladimir Putin during talks had set social media alight, with a wave of internet memes and speculations.

The real reason behind the abnormal length of the table has been revealed; the French president refused a Kremlin request to take a Covid-19 test by Moscow’s authorities before meeting his Russian counterpart.

As a result, the two leaders were socially distanced during lengthy talks on the Ukraine crisis in Moscow.

Two sources from Macron’s entourage told Reuters that the French president was given a choice, either accept a PCR test done by the Russian authorities and be allowed to get close to Putin, or refuse and have to abide by more stringent social distancing.

They added that the test was refused over fears it would help Moscow get hold of the French president’s DNA.

Meanwhile, Kremlin spokesperson Dmitry Peskov confirmed that Macron had declined the test and said that Russia had no problem with this and the refusal made no interference with the negotiations in any way.