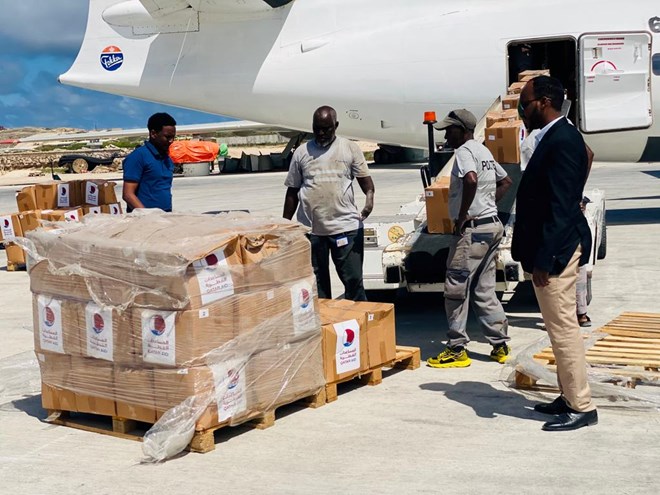 First humanitarian supplies was supplied by the federal government to areas recently retaken by government forces aided by local militias opposed to al Shabab in the Hiiraan region.

On Monday, a special aircraft carrying food aid was sent to the Bulaburde district, which has been under al Shabab’s siege for more than ten years.

The amount of aid that was delivered to the area was not made clear by the government.

The united forces have recently taken back control of Al-Shabaab-held Moqokori, Tardo, Yasoman, and other important locations in the Hiiraan region.

The commander of the Somali National Army, General Odowaa Yusuf Rage, and the minister of defense, Abdulkhadir Mohamed Nor Jama, both received accolades from Prime Minister Hamse for their leadership in the continuing battle against al Shabab in various regions of the nation.

According to the military authorities, the most recent offensive operation in the Hiiraan region resulted in the deaths of over a hundred insurgents.

Colonel Barre Ceyrow, the logistical commander for the 5th battalion of the 27th division of the Somali National Army stationed in the Hiraan region, was killed in a landmine explosion on Sunday.

The deceased commander and soldiers were traveling to the Halgan district in a military vehicle when it was targeted by the bomb.

The deceased commander and soldiers were traveling to the Halgan district in a military vehicle when it was targeted by the bomb.