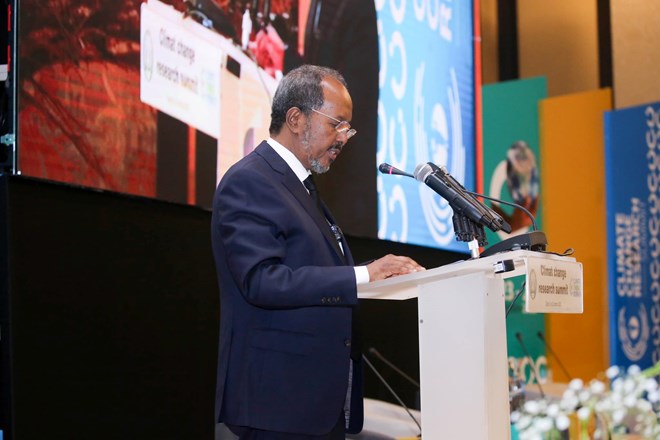 In order to lessen the effects of climate change, President Mohamud emphasised the need for group efforts and significant policy responses. He made a point of highlighting the value of close regional cooperation.

“Due to climate change, Somalia is experiencing a drought after four consecutive dry seasons. The issue of environmental degradation, which is the source of the global issue of climate change, is what we are concentrating on. Recently, we established the Green Somalia National Initiative, which places a focus on plant maintenance, regreening the nation, and increasing environmental awareness among the general public “President remarked.

In the midst of devastating droughts, Somalia hopes to plant 10 million trees nationwide to increase biodiversity and stop deforestation.

Delegates from both the international and regional levels attended the conference, which was organised to discuss how to tackle climate change’s effects locally.

The environmental research centre was officially opened by both President Hassan Sheikh Mohamud and Ismail Omar Guelleh of Djibouti.